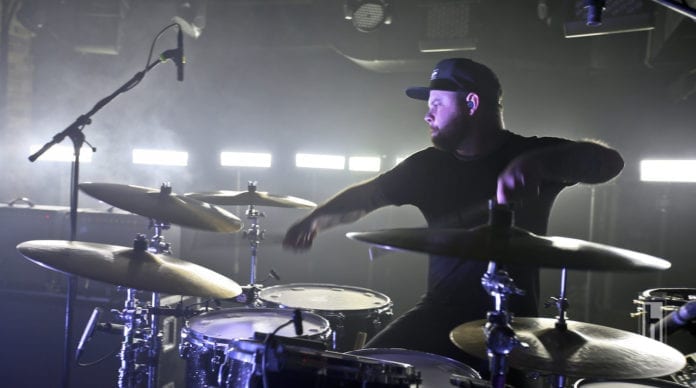 The Brighton rock duo will play Dublin’s 3Arena Sunday, November 26th. Joining them are very special guests At The Drive In and Black Honey.

Tickets for the gig were to go on sale the end of May but the band postponed the sale of tickets to their tour “due to the tragic events in Manchester”.

Royal Blood are already used to playing for huge crowds having played Reading festival, T in the Park and Glastonbury but this will be there biggest gig here.

News of their Irish date comes ahead of the release of their new album. The eagerly anticipated How Did We Get So Dark? is the follow up to their self-titled debut LP in 2014. Their sophomore album is set to drop on June 16th via Warner Bros. We have already gotten a taster of their new material with the album’s first single ‘Lights Out’ which is out now.

The band’s breakthrough a couple of years ago was huge. Their debut album was the fastest-selling British rock debut in three years, hitting #1 in the UK, going Top 20 in twelve countries, and selling over a million copies.

The pair have since performed for Howard Stern, toured with the Foo Fighters, they have also taken home a BRIT for Best British Band in 2015 and collected gongs courtesy of Kerrang!, NME and Q.

The ten tracks that feature on ‘How Did We Get So Dark?’ were written during sessions in Brighton, Hollywood, Los Angeles and Nashville. Always trying to explore ways of stripping their enormous sound back to give it more space and impact, inspiration for the lyrics came from events in vocalist/bassist Mike Kerr’s life since the band first found huge success.

Tickets priced from €32.50 inclusive of booking and facility fees go on sale tomorrow, Friday, June 9th at 9 am from Ticketmaster outlets and www.ticketmaster.ie

Video: Metallica Covered The Stone Roses’ ‘I Wanna Be Adored’ In...