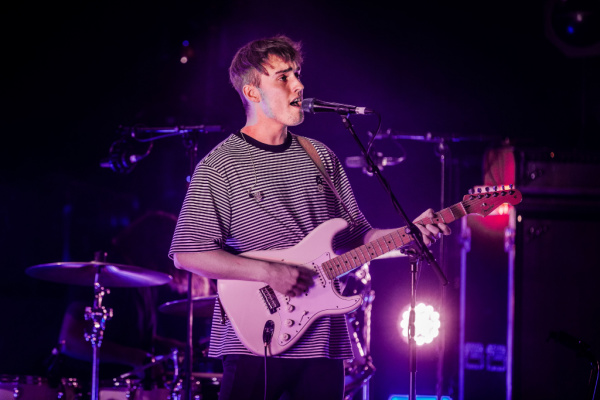 Sam Fender has confirmed shows for Dublin and Belfast next Summer.

The North Shields singer will take to the stage at Belfast’s Ormeau Park on 23 June, before performing in Dublin’s Malahide Castle two days later on June 25. These performances are subject to licence.

Tickets for these shows will go on sale this Friday (21 October) at 10am, via Ticketmaster, and the singer’s official website.

Tickets for these shows are also expected to sell as quick as Fender’s two June shows at Newcastle’s St James’ Park, which are sold out.

See the dates in full below.

Fender Taking Some Time Off

Last month, Sam Fender had announced that he was taking some time away from the performing stage, in order to focus on his mental health.

The Seventeen Going Under singer announced this news, confirming the cancellation of several gigs in the US.

These shows were also initially set to see Fender perform on stage alongside Florence + The Machine as part of the Life Is Beautiful Festival.

The singer apologised to those affected by this decision.

“I’ve neglected myself for over a year now and haven’t dealt with things that have deeply affected me”, Fender wrote. “It’s impossible to do this work on myself while on the road, and it’s exhausting feigning happiness and wellness for the sake of business”.

“My friends and colleagues have been worried about me for a while and it’s not going to get better unless I take the time to do so”, he also added. “Me and the boys are burnt out and we need this time. Thank you for always sticking by us”. More on this report from Nova here.

Check Out Genesis As They Play Their Last Ever Gig In...