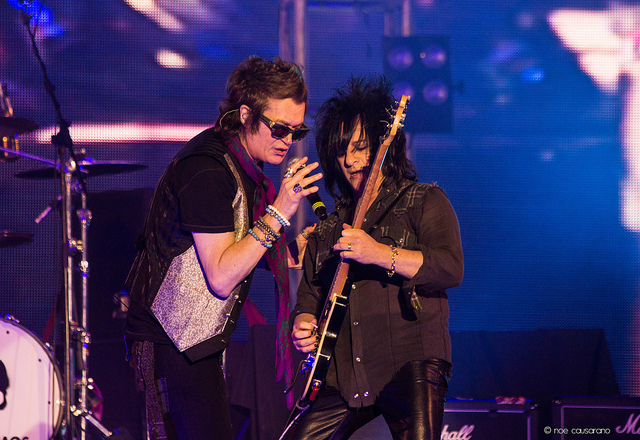 Former Van Halen frontman Sammy Hagar will team up with supergroup Kings Of Chaos for a charity gig in July.

Kings Of Chaos is an ever-changing lineup of classic rock musicians set up in 2012 which has featured the likes of Def Leppard’s Joe Elliott, Aerosmith’s Steven Tyler and ZZ Top’s Billy Gibbons. The current line-up is made up of former Guns & Roses bandmates, Slash, Duff McKagen and Matt Sorum along with former Deep Purple bassist Glenn Hughes.

The band’s last outing took place last month at the Grand Theatre at Foxwoods in Mashantucket. The setlist featured covers of classics by Led Zeppelin, Billy Idol and Bob Dylan. Robin Zander joined the band on stage to perform Cheap trick hits such as ‘Surrender’ and ‘Dream Police’.

The upcoming gig at the Fillmore West in San Francisco is in aid of Ric O’Barry’s Dolphin Project. This charity “aims to stop dolphin slaughter and exploitation around the world”. Other guests on the night include Gilby Clarke, Myles Kennedy and Billy Duffy.

The band have said that more gigs are planned for 2015 with more guest stars looking to be involved.