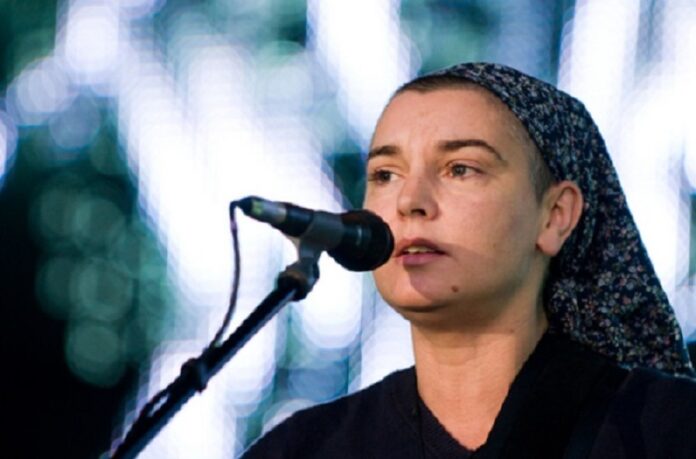 Sinéad O’Connor will release a new memoir called ‘Rememberings’. The book is being published by Houghton Mifflin Harcourt Books & Media.

Set for release on June 1, 2021, the book will detail O’Connor’s turbulent upbringing in Dublin. Growing up in an abusive household, the singer found solace in her brother’s Bob Dylan records.

The new memoir will also look at her appearance on Saturday Night Live from 1992. O’Connor ripped up a picture of Pope John Paull II, in response to the Catholic church covering up child sexual abuse.

Sinéad O’Connor rose to prominence in the late eighties and early nineties with many hits, including her iconic cover of Prince’s ‘Nothing Compares 2 U’. She also finished her first album when she was eight months pregnant.

In a statement, she said “This is my story, as I remember it. I had great fun writing it over the past few years“.

Vice President of HMH Books and Media, Deb Brody said “Many years in the making, Sinead O’Connor’s Rememberings is a remarkably candid, intensely personal account of a life both charmed and troubled.”

On HMH Book and Media’s website, the memoir has been described as “Intimate, replete with candid anecdotes and told in a singular form true to her unconventional career, Sinéad’s memoir is a remarkable chronicle of an enduring and influential artist.”

It will be available in hardcover, as an e-book and as an audiobook next June.

In October of this year, Sinéad O’Connor released a new single entitled ‘Trouble Of The World’, a cover of Mahalia Jackson’s song. It was released in aid of the Black Lives Matter movement.

Speaking to Hot Press, O’Connor discussed the motivation behind recording the song. “I fell in love with the song for the same reason that anyone would fall in love with it. The lines about ‘I want to see my Mother’ – who doesn’t fall in love with that? So I was as tearful as the next man, frankly, listening to that.”

She continued “Once we did it, I realised it really suits the time now. I was also observing Public Enemy on CNN talking about their track ‘State Of The Union’. Chuck D was saying how important it is that artists get out there and make statements.”