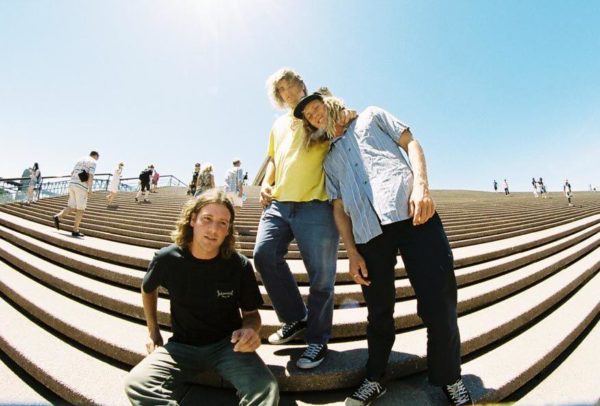 Surf Rockers Skegss have shared a new video ‘Smogged’ and have announced a show at The Grand Social on the 20th of November. Tickets are €15.00 inclusive and go on sale this Thursday at 9 am. They have a new record out in September and you can check out the awesome video for lead single ‘Smogged’ below…

Skegss are proud to unleash their riotous-yet-nostalgic sugar-rush of a debut album, ‘My Own Mess’. The new album is bursting with youth, sunshine and unabashed punk rock bangers. These collection of tracks are the sound of walking the tightrope of reckless abandon, but with one eye looking back at what you’ve done the night before.

About the new album, Skegss comment “This (My Own Mess) is our first album. F**k. We were in a state of non-reality in the studio, we didn’t leave and when it was done I didn’t feel conditioned to go back into the real world.” The record is a testament to this heads down mentality, as Skegss effortlessly zip through 15 tracks, veering between high energy sundrenched jams and more melancholic tracks, without any sign of letting up.  It’s a brightly confident debut record from a band on the up.

Skegss are Ben Reed (vocals, guitar), Toby Cregan (bass) and Jonny Lani (drums) have charmed listeners for the past few years with their warm surf-punk sound, after releasing the ‘Holiday Food’ EP in April 2017, featuring the tracks ‘Spring Has Sprung’ and ‘Got On My Skateboard’. After touring the globe, playing riotous shows wherever they go, the band sold out their entire tour, including a spectacular gig at Moth Club: this was one of three sold out london shows in a row. The band have made a name for themselves with energetic, ripping live performances, garnering praise from The Music and Moshcam who asserted they “seem to have some sort of hypnotic effect over their fans.”

Following their Splendour In The Grass set next weekend, the band will be back to the UK and Europe, bringing the phenomenal new tunes from ‘My Own Mess’ with them, for another 17 date tour to close out the year.

The Concept? A NEW Foo’s Album!