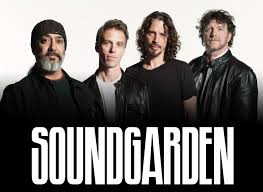 Soundgarden have released a stream of the original “Black Hole Sun”. A classic!

The song has been released in celebration of the band’s 20th anniversary of the “Superunknown” album. The album is set to be re released in two deluxe formats this June. ANd, the band will also be putting out five limited edition 10″ records of the album’s singles for Record Store Day on April the 19th (Saturday)

Have a listen below.

Garbage Get Set To Rock The Iveagh Gardens!