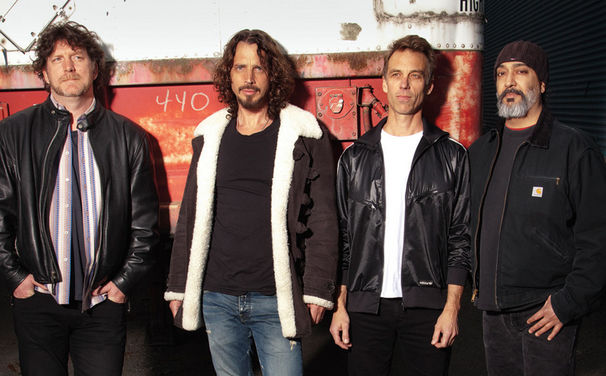 Soundgarden’s chart-topping record “Superunknown” was dropped 25 years ago. In The Studio With Redbeard: The Stories Behind History’s Greatest Rock Bands marks the anniversary. The latest episode is streaming below.

Speaking about the anniversary Redbeard said this of the breakthrough record:

“Time flies when you’re making history. When listening today to the uncanny way in which songs [on the record] bridged the evolution of rock over the preceding quarter century, it feels like merely twenty-five months have passed, not years.

Redbeard also points out that the band were without any written material before recording, “when it came time for Soundgarden to enter the studio in 1993, the song stash was empty, a daunting creative challenge to the main songwriter Chris Cornell.

All of the ripe musical fruit had been harvested for the series of singles, EPs, and three preceding albums including Badmotorfinger, but Chris found the untilled earth liberating as well, fertile musical ground.

One of the strongest aspects of the songs that Cornell, crunchy angular guitarist Kim Thayil, thundering bass player Ben Shepherd, and powerhouse drummer Matt Cameron came up with on Superunknown twenty-five years ago was their unapologetic admiration for the Vol.4-era Black Sabbath sound and unabashed dynamics of Led Zeppelin.

The late Chris Cornell is my guest from the In the Studio archive.” You can check out the episode here.