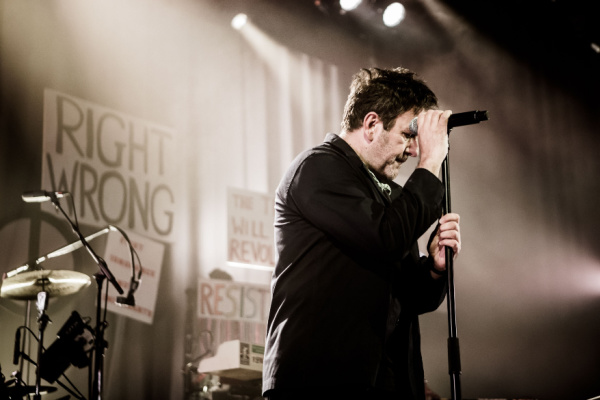 The news was confirmed by the band themselves who Hall joined in 1977. They were under the name The Coventry Automatics, before changing their name to the Specials.

Born on 19 March 1959, Hall endured a difficult childhood, having been abducted by a paedophile ring in France aged 12. This ordeal reportedly led him to developing a Valium addiction.

Dropping out of school aged 15, Terry Hall worked a series of jobs including hairdressing and bricklaying, before becoming involved in the Coventry music scene of the 1970s.

Joining the band in 1977, they soon rebranded as the Specials in 1979, where they released their first top 10 hit ‘Gangsters’. They also released their debut album 11 months later ‘More Specials’.

“It is with great sadness that we announce the passing, following a brief illness, of Terry, our beautiful friend, brother and one of the most brilliant singers, songwriters and lyricists this country has ever produced”, the band shared in a Twitter thread.

“Terry was a wonderful husband and father and one of the kindest, funniest, and most genuine of souls. His music and his performances encapsulated the very essence of life… the joy, the pain, the humour, the fight for justice, but mostly the love.

“He will be deeply missed by all who knew and loved him and leaves behind the gift of his remarkable music and profound humanity. Terry often left the stage at the end of The Specials’ life-affirming shows with three words… ‘Love Love Love’”.

It is with great sadness that we announce the passing, following a brief illness, of Terry, our beautiful friend, brother and one of the most brilliant singers, songwriters and lyricists this country has ever produced. (1/4) pic.twitter.com/qJHsI1oTwp

Terry Hall remained with the Specials until his departure from the band in 1981.

He later reformed the band alongside former members John Bradbury and Roddy Radiation in 2008, subsequently releasing their album ‘Encore’ in 2019.

Terry Hall continued to perform with the Specials, with their last show taking place at Devon’s Escot Park last August.

See more tributes to Hall below.

"I was deeply saddened to hear about Terry Hall's passing on Sunday. @SugaryStaple was called as we arrived in Egypt. We knew Terry had been unwell but didn't realise how serious until recently. We had only just confirmed some 2023 joint music agreements together. This has hit me pic.twitter.com/sHNMJIwPII

One of the greatest frontmen from one of the greatest bands.
And a gorgeous, kind, down to earth man. I’ll miss his music, his United post match honesty, his messages. 💔
❤️ Terry Hall Forever ❤️ pic.twitter.com/etTSo5Pl20

Horrid news💔
Have always been a fan. So many songs of Terry Hall that I’ve loved throughout my life. Specials. Fun Boy Three. Colourfield ❤️ pic.twitter.com/QwMeHpkzGA

2022 has been a particularly cruel year. So many brilliant people taken from us. TERRY HALL R.I.P. Thoughts are with his family and friends. ❤️ pic.twitter.com/2gebA7at15

Kanye West Speaks About His Ongoing Battles With Mental Health