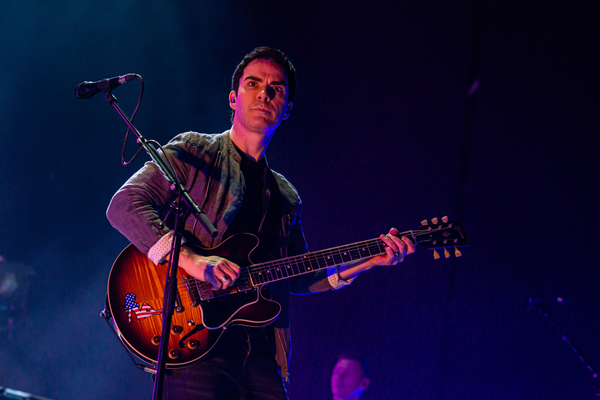 Stereophonics have shared their latest single “Do Ya Feel My Love?”. You can check out that track below.

This track is the second preview of their 12th studio album “Oochya” which arrives next Spring. This is also the Welsh band’s first album since releasing “Kind” back in 2019.

Back in September, Stereophonics’ frontman Kelly Jones had revealed that “Oochya” was almost “90 per cent untempo”. He also said that the band took inspiration from the likes of the Rolling Stones, Elton John and the Cult when recordding this LP.

“There’s some very anthemic stuff on the album, and one song sounds like The Cult. There are some piano songs like Elton John’s ‘Goodbye Yellow Brick Road’, only with weird R&B harmonies. The end of the album is quite Stones-y, like a very earthy session recorded at 2am. It’s got a very positive feel and 90 per cent of it is very uptempo”, Jones said.

He also added, “In these times, I don’t think you can be too introspective. It’ll be a great collection to play live, as it’ll give people a feel-good experience. There are introspective moments, but even they have a ‘light at the end of the tunnel’ feel”.

Stereophonics’ Kelly Jones also explained how “Oochya” was made.

“When we were recording ‘Language. Sex. Violence. Other’ in 2004, it was a word I started writing around the studio, but I don’t know where the hell it came from!”, he stated.

“To me, it’s a word that Paul Weller or Cockneys like Chas And Dave would say, like ‘Let’s fucking have it!’ I like records like Aerosmith’s ‘Pump’ or The Rolling Stones’ ‘Grrr!’ and ‘Honk’, where the word doesn’t mean anything but still gives you a flavour. The title has a lot to do with the mood of the record, I think. Once you’re going to call your record ‘Oochya!’, it can’t be too introspective”.

Check out the album’s tracklist here.

On top of this, Stereophonics are to embark on their “J.E.E.P. 20th Anniversary” tour later this month. This kicks off on 26 November in Leicester’s De Montfort Hall.

They will also start their arena tour in support of their latest LP.

Why Sinéad O’Connor Gets Emotional Over “Nothing Compares 2 U”