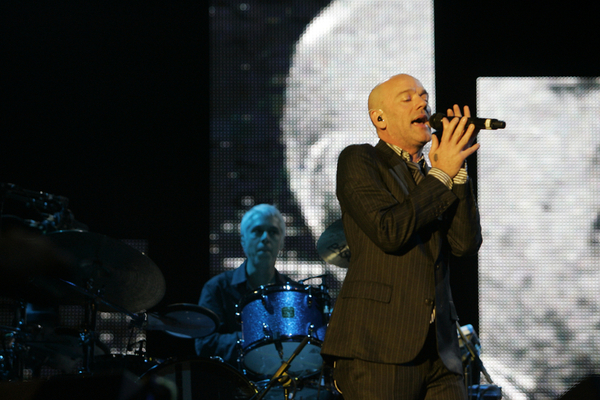 Hopes of a R.E.M reunion are quashed by Michael Stipe in an interview on New York Public Radio’s, WNYC program, All Of It. Arriving a decade after the band’s dissolution, the interview features host Alison Stewart who cites a 2019 Rolling Stone article exploring the band’s potential for a reunion. However, Stipe was quick to officially kill those hopes, revealing the decision was made when R.E.M. split, despite reoccurring rumours.

“We decided when we split up that that would be really tacky and probably money grabbing, which might be the impetus for a lot of bands to get back together. We don’t really need that,” Stipe explains. “And I’m really happy that we have the legacy of 32 years of work that we have from 1980, to 2011.”

“It’s been ten years since R.E.M. called it a day, and that’s bittersweet of course for all of us,” Stipe reveals. “But I’m really proud as a band and as great friends that we decided to do what we did when we did it. It’s weird to me to think it’s been an entire decade since we called it a day.”

In recent years, Stipe is slowly releasing singles one at a time, including one with Aaron Dessner’s Big Red Machine. The singer reveals that he is eventually leading up to a new album, although he does not know “what an album is in the year 2021 or 2022 anymore”. The musician has also said he is donating the first year profit of all his singles to various charitable organizations.

“But I’m actually in the studio now,” Stipe explains. “I’m working on new material. I don’t feel the need at this point to really compete with the pop market. I just want to do what I do. So, I’m not going to wait and drop everything at one time. I’m just going to release things as I record them and mix them.”

Hal Willner, Saturday Night Live sketch music producer since 1980, produced I’ll Be Your Mirror shortly before he passed away due to COVID-19 complications. Stipe said Willner was instrumental in convincing him to participate in the album, adding, “To me, it’s really a tribute to Hal Willner, and his genius, and honouring the impact that he had in my life and a lot of other people’s lives.”