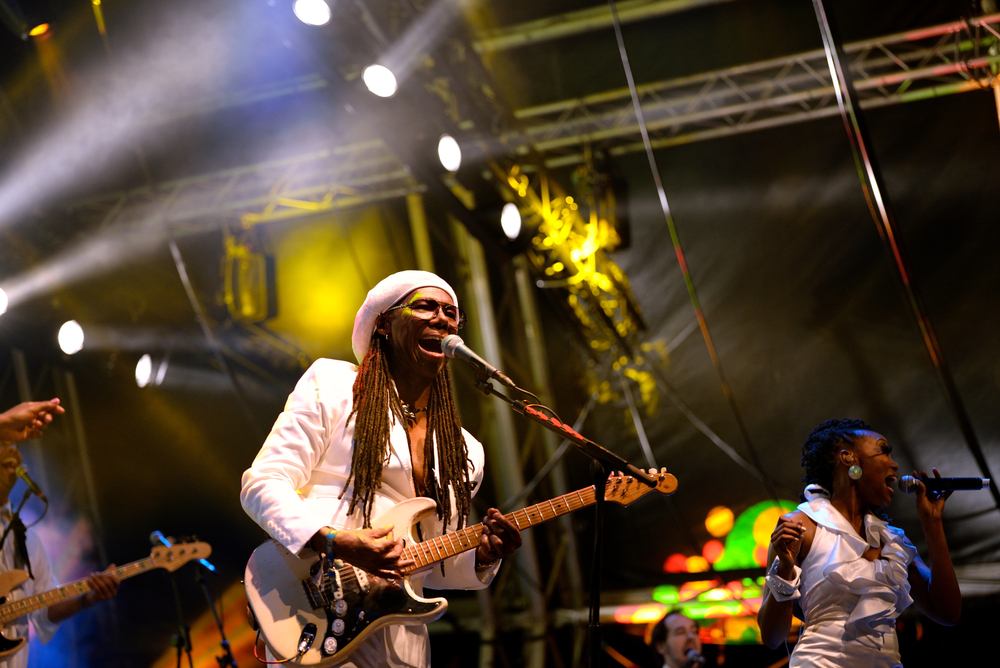 Nile Rodgers & Chic have finally shared their long-awaited comeback record, It’s About Time. You can stream the record in full below via Spotify.

The aptly titled offering acts as the funk icons’ first in more than 25 years following their last record CHIC-ism from way back in 1992.  Over the record of 10 songs, Rodgers and Chic are joined by a host prominent guests such as Lady Gaga, Elton John, Emeli Sandé, Anderson .Paak, and Vic Mensa. Other collaborators include Mura Masa, NAO, Hailee Steinfeld, Craig David, Stefflon Don, Cosha, and Lunchmoney Lewis.

Lady Gaga provides additional vocals on an updated version of Chic’s own 1979 hit single “I Want Your Love” , the two artists originally recorded the rendition for Tom Ford’s Spring/Summer 2016 promotional material. John and Sandé duet on a track called “Queen”. Early preview “Till the World Falls” boasts .Paak, Mensa, Cosha, and Mura Masa, while David and Don contribute to “Sober”.