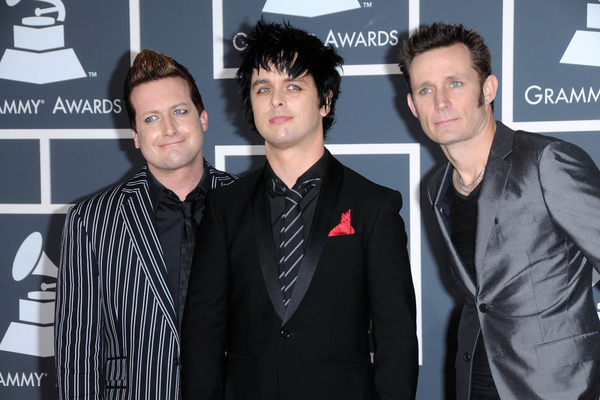 Super Bowl Music Fest is back for a third outing with Super Bowl LVI kicking off Sunday, February 13th, at SoFi Stadium, Inglewood. Teaming up with sponsor, Bud Light, the National Football League will present its three-day Music Fest leading up to the big game.

The main representing rock acts, Green Day and Machine Gun Kelly, will be joined by rock-nube; Miley Cyrus, Gwen Stefani, Halsey, Blake Shelton and Mickey Guyton for three days of music. The festivities will take place at Staples Centre, Los Angeles, from Thursday, February 10th, and will include headlining sets from Halsey, Blake Shelton, and a final night with Green Day.

Three nights of music will take place prior to two unannounced teams facing off for their shot at the much-desired, Lombardi Trophy. This year’s Super Bowl will be held the joint home of the NFL’s Los Angeles Rams and Los Angeles Charger, at the multi-billion-dollar SoFi Stadium.

On February 10th, fans will get to see a headline performance from singer, Halsey, and a show from Machine Gun Kelly (special guests TBA). Halsey’s hit album, If I Can’t Have Love, I Want Power, was co-produced, and co-written by Nine Inch Nails mastermind, Trent Reznor, and his frequent collaborator Atticus Ross, so expect to hear some good stuff.

Blake Shelton headlines on February 11th, with a performance from Mickey Guyton, before the Holy Toledo rockers and Miley Cyrus on Saturday 12th. The event is staged by the NFL’s official hospitality partner, On Location, with Bud Light serving as the sponsor.

“Los Angeles is the epicentre of sports and entertainment, and we’re thrilled to host this incredible festival for a celebration of everything the city represents,” said On Location President, Paul Caine. “This unforgettable staple of Super Bowl weekend anchors an exciting slate of On Location experiences.”

“With this year’s festival taking place in the iconic Staples Centre, we’re excited about the line-up of musicians we have brought together across various genres, and can’t wait to bring people in Los Angeles even more fun to what is already set to be a big weekend.”

NFL EVP of Club Business & Events, Peter O’Reilly said Bud Light Super Bowl Music Fest has quickly become one of the most anticipated fan events of the week. Three nights of incredible talent at an amazing venue in Los Angeles as the Super Bowl returns to the city for the first time in nearly 30 years will make this year’s music fest the most exciting ever.”

Green Day “Had The Potential to Be As Big As The...