Advertisement
Home Music System Of A Down Have Announced Tour Dates With At The Drive...

Hard rock lords System of a Down are set to make a return to the road this Autumn. It will be the band’s first US shows since 2015. The short five date stint kicks off October 13th in San Bernardino, California and also includes stops in Phoenix, San Diego, and Las Vegas, as well as a headlining slot at the Aftershock Festival in Sacramento. They’ll be joined on the road by the one and only At the Drive-In, Incubus, Clutch, Pallbearer, and Skeletonwitch as support. 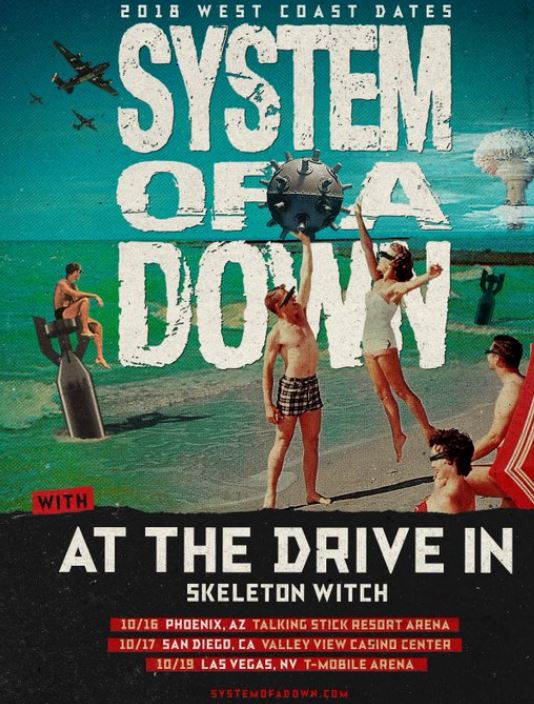 System of a Down haven’t made any new music since 2005, that’s with their double album, Mezmerize and Hypnotize. Frontman Serj Tankian told fans back in July that he wasn’t optimistic about the prospect of a new album appearing any time soon. However, the singer revealed late last year that the band had been in the studio, but still had a long way to go.

‘We’ve discussed it and we’ve played each other songs, but we still haven’t come eye to eye on how things should be done for us to be able to move forward with it,’ he said. ‘And that’s where it’s been.’

Tickets for the show go on sale this Friday, April 13th.