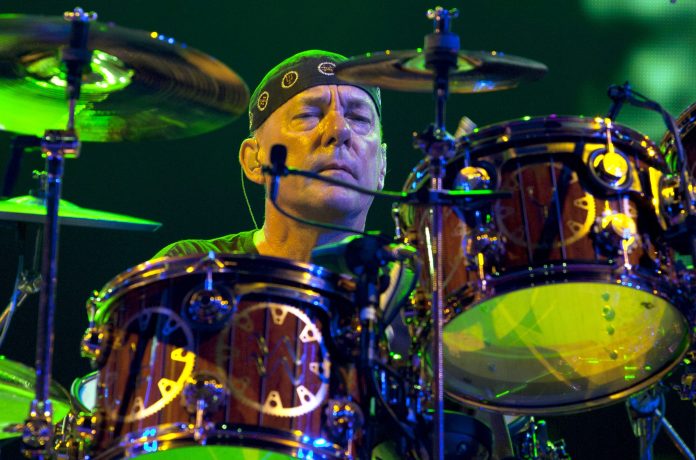 Taylor Hawkins of Foo Fighters and Chad Smith of Red Hot Chili Peppers among others will gather virtually this Saturday (September 12th)  to honour the late Neil Peart of Rush.

The event will stream live on LiveXLive.com and Fite.tv and tickets cost $12.99

Organizers say proceeds from the ticket sales will benefit brain tumor research at Cedar-Sinai Medical Center, in memory of Peart.

The late Rush drummer died from a brain tumor in January of this year at the age of 67.

Other drummers performing include Rick Allen of Def Leppard, Ray Luzier of Korn and many more.