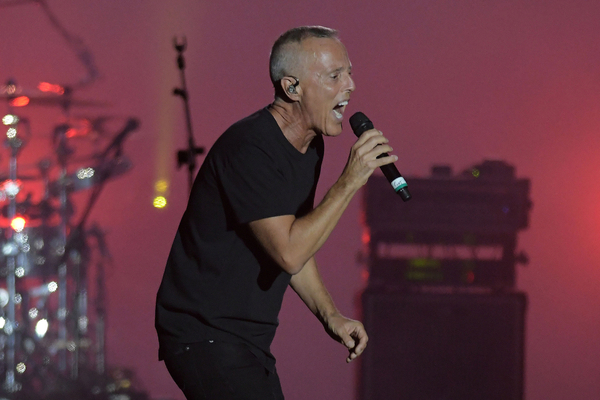 Tears For Fears have announced their new album “The Tipping Point”. Their first new record in 17 years.

The band which consists of pair Curt Smith and Roland Orzabal last released a record in 2004 with “Everybody Loves A Happy Ending”. They also shared tracks “Stay” and “I Love You But I’m Lost” as part of their 2017 “Rule The World” greatest hits LP.

The band have now confirmed that their new album “The Tipping Point” will arrive on 25 February 2022. Pre order it now here.

Check out the title track here.

“something happens when we put our heads together”

Speaking on the album release, Roland Orzabal had this to say.

“Before everything went so right with this album, everything first had to go wrong, it took years, but something happens when we put our heads together”.

He continued, “We’ve got this balance, this push-me-pull-you thing – and it works really well”.

The band also confirmed that The Tipping Point came about following a change in management.

“And it’s different from a marriage. It’s literally like that’s your brother. It’s the kind of bond that you can’t really break. It can fall apart at times. You separate for periods, which I also think is healthy, really. But in the end, we always seem to find each other again”.

The Tipping Point tracklist is as follows:

Tears For Fears are of course very well known for their hit “Everybody Wants To Rule The World”. Speaking of which, when the pair were working on a TV show in Vancouver a few years ago, and the crew walked into a karaoke bar one night.

It was there that Curt Smith had the bright idea of walking up to the machine to sing the track “Everybody Wants To Rule The World”. The funny part of that story is that while Smith was singing this at the bar, incredibly nobody figured out who he was!

Here’s a reminder of that track here.

All You Need To Know About Billy Joel At The Aviva