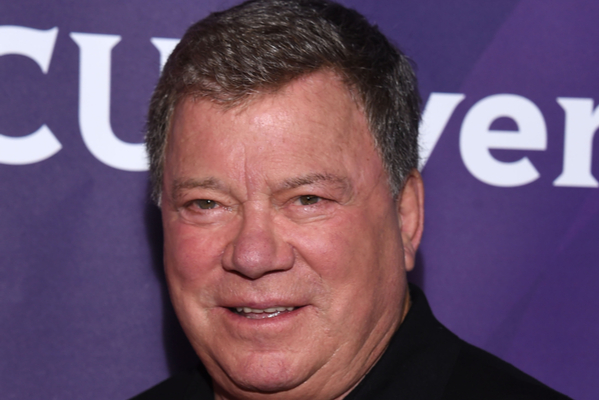 As he prepares for his trip to the International Space Station, Star Trek actor William Shatner has admitted that he is “terrified” ahead of the launch.

Confirming the news, Shatner also took to Twitter. “I’ve heard about space for a long time now. I’m taking the opportunity to see it for myself. What a miracle”, he wrote.

Shatner also revealed that he had been considering a trip to the stars for over a year now.

“My friend Jason Erhlick came to me about a year and a half ago and he said he was seeing these rockets with people going into space. And, wouldn’t it be something if Captain Kirk went up there?” Shatner recalled during an appearance at New York Conic-Con. “And I said, ‘Jason, for God’s sake, man. Nobody cares if Captain Kirk goes to space. It was 55 years ago, man. But I’m doing well, maybe I should go up to space?”.

Since then, Shatner has admitted that he is “terrified” ahead of the launch.

“I’m terrified. I’m Captain Kirk and I’m terrified”, he revealed. “I’m not really terrified—yes I am. It comes and goes like a summer cold. I’m planning on putting my nose against the window [once I’m in space] and my only hope is I won’t see someone else looking back”.

Shatner, 90 will be the oldest man to travel into space, a milestone for which he is not overly thrilled to set.

He joked, “I don’t want to be the oldest guy to go into space”.

While the people in charge of the Jeff Bezo launch have reasurred him that everything will be “fine”. Shatner can’t help but think of the Challenger Crash of 1986.

He said, “And I’m thinking, I’m going up in a rocket and our best guess is it should be fine?”.

Shatner is due to hit space on October 12.

Want A Sneak Peek of The Disaster Artist? We Can Sort...