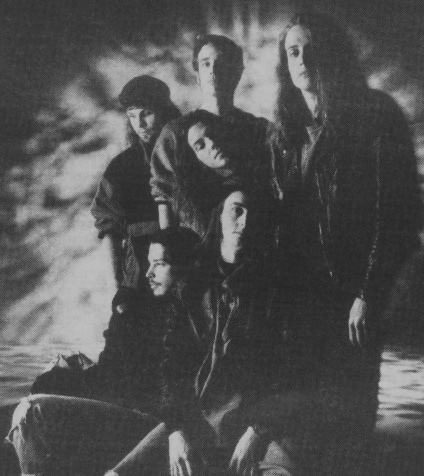 Soundgarden and Pearl Jam supergroup Temple Of The Dog have announced they will reunite for what will be their first official tour. Unfortunately for us though they have only announced some U.S. dates.

Temple Of The Dog were formed in 1990 by Chris Cornell of Soundgarden, when he began writing music whilst grieving the death of Mother Love Bone’s Andrew Wood.  He created future Temple of The Dog songs ‘Say Hello 2 Heaven’ and ‘Reach Down’ in mourning which encouraged the amalgamation of Soundgarden and Pearl Jam. This led Jeff Ament, Stone Gossard, Mike McCready and Matt Cameron of Pearl Jam to join forces with Chris Cornell. The band released their self-titled, and only album to date, in April 1991.

Temple Of The Dog have reunited randomly over the years, including at Neil Young’s Bridge School Benefit Concert in 2014 when Pearl Jam’s Eddie Vedder joined them. This was the band’s first live appearance since 2011, having previously reunited in both 2009 and 2003 also.

The five date tour will mark the 25th anniversary of their only album and their first official full tour “We wanted to do one thing we never got to do… play shows and see what it feels like to be the band we walked away from 25 years ago.”

The tour kicks off in November with tickets on sale at midday on July 29th.