Home Music The 50 Albums That Changed Your Life 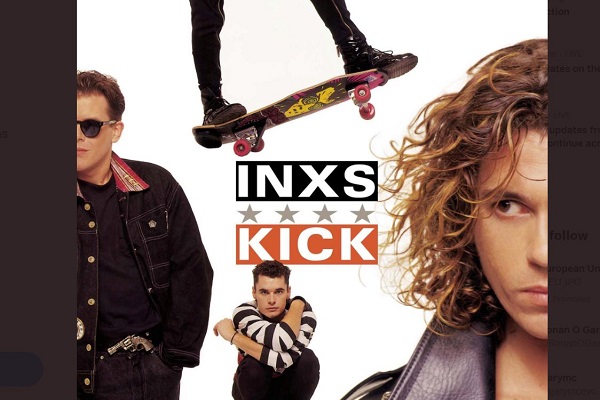 We continue our journey through The 50 Albums Which Changed Your Life all this month on Nova. This time, it’s the turn of Elton John’s ‘Goodbye Yellow Brick Road’, INXS’ ‘Kick’, and The Doors’ album ‘L.A Women’.

Tune into Nova at 10am to hear tracks which featured on this album, including the title track, along with ‘Bennie & The Jets’, and ‘Saturday Night’s Alright For Fighting’.

Debuting at number 17 in the US Billboard charts following its release, the track eventually reached top spot in the chart four weeks later.

The album was the seventh studio album released by Elton John, whose musical relationship with lyric writer Bernie Taupin was blossoming.

The album was recorded by the music legend at Studio d’enregistrement Michel Mange at Chateau d’Herouvre, where the singer had already recorded his two previous records.

This happened after original plans to record the album in Jamaica had been scuppered, following political protests and technical issues.

Released in October 1987, ‘Kick’ has often been viewed as the album which put INXS firmly on the map. It also became the band’s highest charting album.

It reached number 3 in the Billboard 200 Chart, remaining in the charts for 81 weeks.

One of the tracks ‘Need You Tonight’, was also certified platinum 6 times by the RIAA.

However despite this, not everyone was convinced of this album, with Doug Morris who was president of Atlantic Records at the time, offering the band’s manager Chris Murphy money to erase the tapes and start again.

However, the album has been credited with cementing frontman Michael Hutchence as a rock star with all star charisma.

Along with ‘Need You Tonight’, other tracks which will get airplay also include ‘Never Tear Us Apart’ and ‘New Sensation’.

The album was neck and neck with Michael Jackson’s ‘Bad’. However following its release, ‘Kick’ well and truly kicked MJ’s album off top spot in the Billboard 200.

Coming up at 4pm, Nova will feature music from the album ‘L.A Women’ by the Doors.

Among the tracks to feature in this airplay are ‘LA Women’, ‘Riders’ Of The Storm’, and ‘Love Her Madly’.

Released on 19 April 1971, the album was hailed by Rolling Stone magazine as the band’s greatest ever record.

The magazine ranked ‘LA Women’ at number 364 on their list of 500 all time tracks.

Like ‘Kick’, the album did not sit well with everybody behind the scenes, with long time producer Paul A Rothchild comparing the track ‘Lover Her Madly’ to “cocktail music”.

Rothchild eventually quit his role, as he felt that the band were in artistical decline. He was replaced by Bruce Botnick, who played a key role in the creation of ‘LA Women’, which was the band’s last album before the death of their frontman Jim Morrison.

The album reached number 9 in the US Billboard chart, and 28 in the UK. While ‘Riders Of The Storm’ and ‘Love Her Madly’ featured as top 20 singles.

Last year, a special 50th anniversary deluxe edition of this album was released. More on this here.