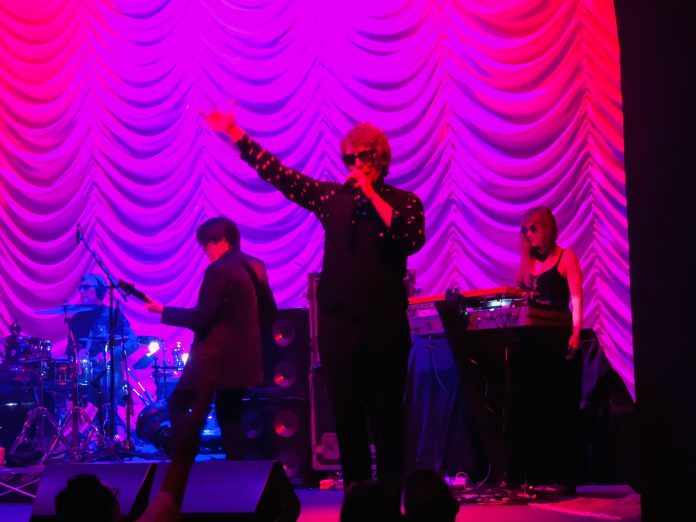 The seminal UK band, The Psychedelic Furs have committed to a worldwide deal with Cooking Vinyl.

The signing is in anticipation of the group’s first album of brand new music in nearly 3 decades. The release is expected for the early part of 2020.

Formed in 1977 in London, the band penned many hits in the 1980s. As post-punk and new wave dominated the charts the Furs produced such classics as “Love My Way,” “Pretty in Pink” and “Heartbreak Beat.”

Pics from the show last night. Gotta hand it to the Psychedelic Furs, it was a great show, no dead air, no excessive talking, just an hour and a half of the hits AND some deep tracks. Richard is sounding amazing, as are the whole band. @pfurs Respect ✊ pic.twitter.com/3PViPCse4k

After a nine-year hiatus, the band reunited in the early 2000s and have toured ever since. They’re currently on a headlining tour of North America with James and have a number of UK and European dates lined up starting this October.

Cooking Vinyl managing director Rob Collins spoke of the delight at signing the band for the new record:

“It’s been a long-term ambition of mine to work with The Psychedelic Furs, as they’ve made some of my all-time favourite records. That means it’s a particularly personal project for Cooking Vinyl, and makes a unique addition to our roster following a very active period of signings.”

According to Billboard, The Furs join classic acts Billy Bragg, Suzanne Vega, Passenger, The Waterboys and The Cult on the roster. Furs manager Rob Dillman said of the new deal:

“We are thrilled to be working with Martin, Rob, Howie and the entire gang at Cooking Vinyl. The Furs had been contemplating doing new songs for quite some time. The enthusiasm and passion the label has shown for the band and the project made it an easy call…we are very excited to be doing this together.”

The @pfurs have always had a sound I love. Been a while since I’d seen them live, Bonus that I got to photograph them for @stlmag @ThePageantSTL w/@roystonlangdon. https://t.co/Q6U2TUfAhJ #STL pic.twitter.com/Atl7ZITpTX

Can You Believe It’s Wednesday Already?! Looking To Head Out?