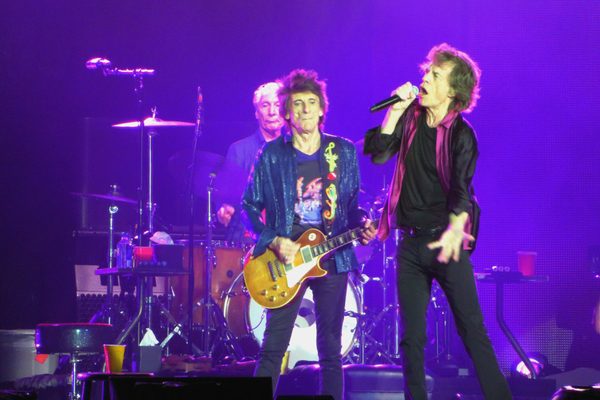 The band played a warm up show, in preparation for their reinstated No Filter Tour. After Watts’ death, the band vowed to carry on with the tour.

Jagger and Keith Richards also paid tribute to Charlie Watts following his death. Find out what they wrote here.

A few treats in store

Kraft and his family were treated to a few treats on the night in question. This gig saw the Rolling Stones play the rarity from the upcoming “Tattoo You” expanded edition “Trouble’s A-Coming”.

For the first time since 2005, the Rolling Stones also whipped out their 1966 classic “19th Nervous Breakdown”.

The band also performed a live debut of their new track from 2020 “Living In A Ghost Town”.

Check out the band’s live performance below.

The band’s No Filter Tour will resume on 26 Septmber in St Louis. It first began on 9 September 2017 in Hamburg, Germany. The show was called to a halt on 30 August 2019 in Miami.

Check out the set list of tracks performed by the Rolling Stones for the Kraft family below.