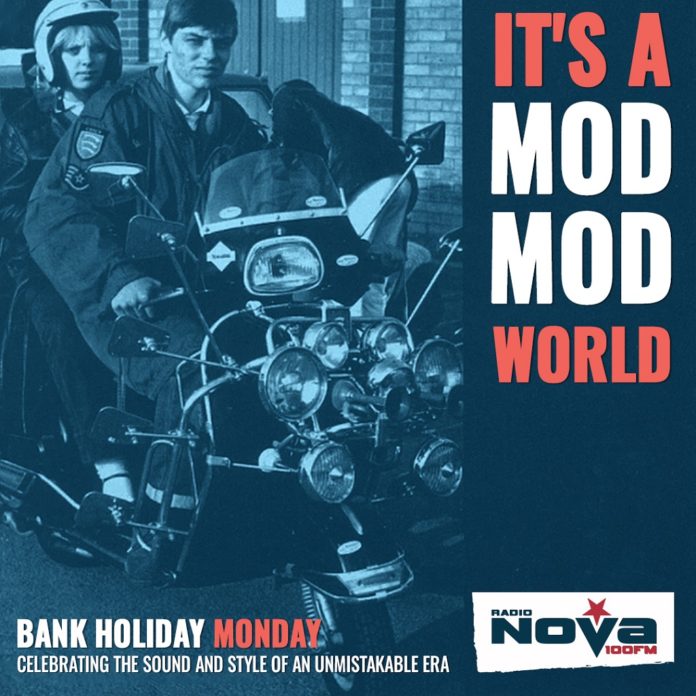 Bank Holiday Monday was MOD MONDAY on Radio NOVA paying tribute to the culture, the fashion and the unmistakable sound of the mod era.

As part of the celebration on Radio NOVA, Cathal Funge presented ‘A MOD WORLD’ a one hour documentary produced for Radio NOVA that examines how a very British youth culture made an unforgettable mark in Ireland spanning the decades from the 1960s to today.

SCOLL BELOW TO HEAR THE DOCUMENTARY IN FULL

The documentary looks at the thriving Irish beat scene which took place in small underground venues around the country at a time when showbands dominated Irish music and dancing.

A MOD WORLD also looks at the mod revival scene which exploded across the country spearheaded by the success of The Jam in the UK and the release of Quadrophenia, how the mod scene in Belfast united communities during the worst years of The Troubles and how bands like Blur and Oasis reimagined mod for the Britpop world.

You will hear from: