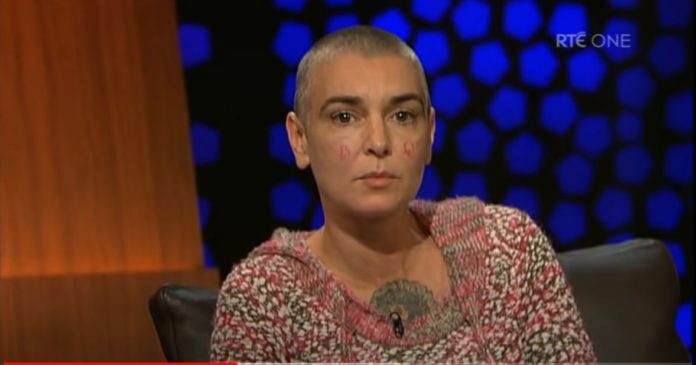 Sinéad O’Connor has retracted her retirement announcement, calling it a “knee jerk” reaction.

The singer had orginally tweeted her retirement on June 4. She also added her album “No Veteran Dies Alone”, set for 2022 would be her last.

However, yesterday O’Connor had a U-turn, tweeting that she retracts her announcement.

“Good news. F**k retiring. I retract. Am not retiring. I was temporarily allowing pigs in lipstick to fuck my head up… here’s my statement….. in the form of these three photos. It’s ‘colourful’ but that’s me”, she wrote.

“Apologies if any upset caused to booking agents or promoters or managers due to my tweeting about my retirement”, the singer also said.

“I guess the book made me realise I’m my own boss. I didn’t wanna wait for permission from the men, as to when I could announce it”, she also added.

O’Connor had previously announced that her next album “No Veterans Die Alone” will be released at some stage in 2022.

It is to consist of seven tracks, and will be her first record since she released “I’m Not Bossy, I’m The Boss” in 2014.

It is understood that the cover art for this album is being produced by Donegal illustrator Jacob Stack.

Sinéad O’Connor also revealed that she befriended actor Daniel Day-Lewis. However, she admitted that the friendship turned sour when she lost her temper.

She also revealed that her song “A Perfect Indian” is about the actor.

On the end of her friendship with Day-Lewis, O’Connor said, “We were getting very friendly until I blew the friendship by losing my temper with him one night in a crazy way that I do sometimes, one of the effects of my childhood unfortunately”.

“So the song (A Perfect Indian) is as much about my upbringing as it is about Daniel”, she added.

The Killers Look Set To Bag Another UK Number 1 With...