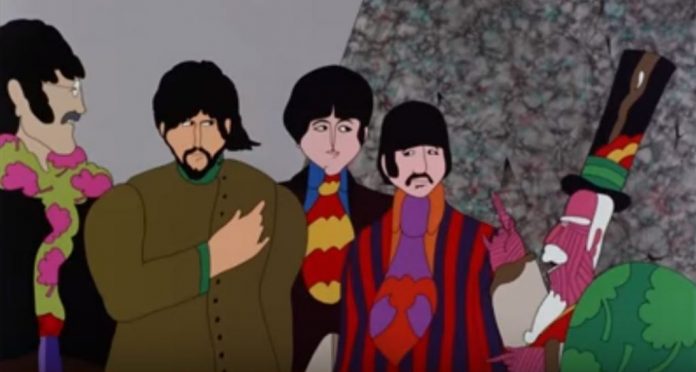 Every day on Radio Nova, just before 11am, we play a couple of songs key to “today in music history” Have a listen! But for now – here’s some light reading and watching.  February 15th in Music History looks like this.

1965, American singer and pianist Nat King Cole died of lung cancer. He had his first hit in 1943 ‘Straighten Up and Fly Right’.

1968, John and Cynthia Lennon, along with George and Patti Harrison, flew to India to study meditation with Maharishi Mahesh Yogi. Paul and Ringo joined them a few days later, but Starr would become bored and leave on March 1st, comparing the experience to be like a ‘Butlins holiday camp.’ Much of the Beatles’ The White Album was written during their stay.

1977, Glen Matlock was fired as bass player from the Sex Pistols, being replaced by Sid Vicious.

1981, American guitarist Mike Bloomfield was found dead in his car in San Francisco from an accidental heroin overdose aged 37, Bloomfield’s Telecaster guitar licks were featured on Bob Dylan‘s ‘Like a Rolling Stone’, and he appeared onstage with Dylan at the Newport Folk Festival, where Dylan used Bloomfield and the Butterfield Band which marked Dylan’s first use of an electric band in a live performance.

1991, Kelly Emberg the ex-girlfriend of Rod Stewart filed a $25 million suit in Los Angeles. The couple lived together from 1985 to 1990. Rod Stewart later said: “Instead of getting married again, I’m going to find a woman I don’t like and just give her a house.”

2008, A flat once rented by The Beatles in London went up for sale for £1.75m. The band shared the three-bedroom top floor property in Green Street, Mayfair.

Podcast: This Week In Music History with Marty Miller – Oct 3rd to 7th

ACDC To Unveil Video For Song “Realize” From New Album