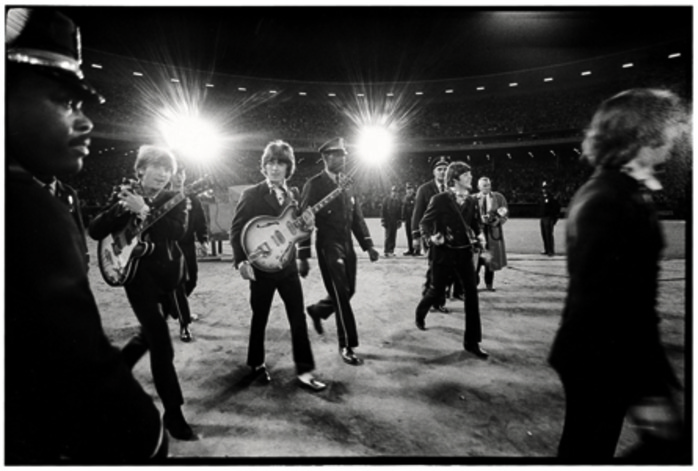 Every day on Radio Nova, just before 11am, we play a couple of songs key to “today in music history” Have a listen! But for now – here’s some light reading and watching. February 7th in Music History looks like this.

1959, Buddy Holly was buried in Lubbock, Texas. Holly chartered an airplane to travel to his next show in Moorhead, Minnesota. Soon after takeoff, the plane crashed, killing Holly, Ritchie Valens, the Big Bopper and the pilot, an infamous milestone in rock history known as The Day the Music Died.

1964, Pan Am flight 101 was greeted by over 5,000 Beatles fans as it arrived at New York’s JFK airport, bringing The Beatles to the US for the first time and causing quite the scene, that was anything BUT quiet!! Even the reporter here is totally starstruck!

1969, The Who recorded ‘Pinball Wizard’ in London today!

1969, Doors singer Jim Morrison was arrested for drunk driving and driving with no license in Los Angeles, California.

1976, Paul Simon started a three week run at No.1 on the US singles chart with ’50 Ways To Leave Your Lover’, the singers first solo US No.1.

Not much has changed since 2013, Music venues and fans criticised “heartless” touts and agencies selling tickets for guitarist Wilko Johnson‘s farewell tour at inflated prices. The former Dr Feelgood guitarist, was suffering from terminal cancer and was playing a series of farewell dates in February and March. Originally tickets were selling for €25, but were now being offered online at prices of around €250.00

Wilco is still on the go too, probably because of… 🙂 (I’m not a doctor. Just an opinion!)

Ted Nugent Speaks Out Against Joan Jett’s Place on the Top...