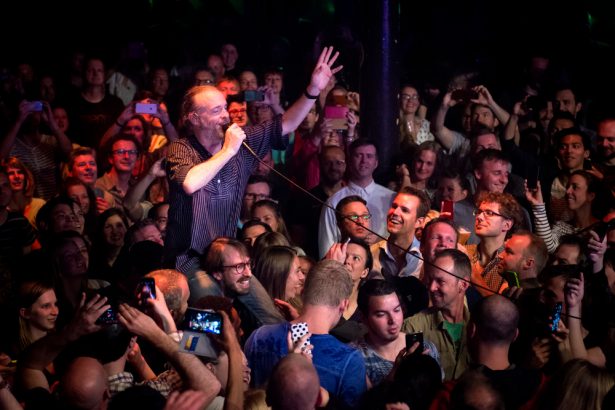 The band were performing at London’s Royal Festival Hall last night, and according to the NME, the frontman opened up about how their track ‘Luv’ once brought the former Oasis singer to tears while they were on the road in the 1990’s.

Addressing the audience Healy described the moment, while introducing their track ‘Luv’, ‘We supported Oasis on the ‘Be Here Now’ Tour in 1997, and it was like supporting The Rolling Stones they were so big back then. I was walking backstage and Liam Gallagher was sat there in his round shades and he goes, ‘You come here’. So I went over and he goes, ‘Play me a song’.’

Healy explains, ‘I was really nervous and I just picked up my guitar and started playing this next song. I couldn’t even look at him I was so nervous. When I finished playing the song I looked up and there were tears streaming down his face.’

Travis are presently playing their 1999 album ‘The Man Who’ in full on a run of UK dates.

About last night… Stage invasion at the Royal Festival Hall.

Tonight we’re on stage a few minutes earlier see below: