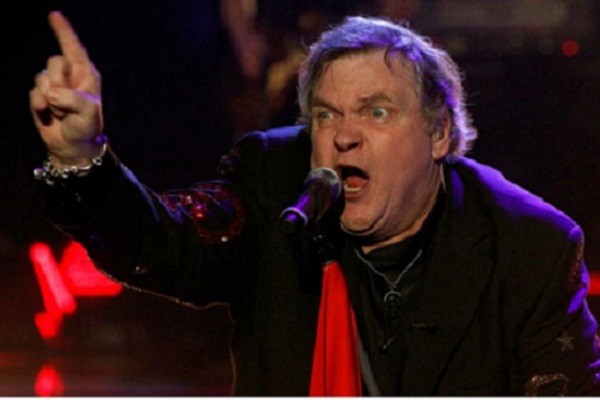 Tributes have been pouring in after the death was confirmed of music legend Meat Loaf, who passed away aged 74.

The star whose real name is Marvin Lee Aday, enjoyed a hugely successful career as a musician.

He released 12 studio albums, with his 1977 record Bat Outta Hell his most famous work. The album also formed part of a trilogy with ‘Bat Out Of Hell II: Back Into Hell’ arriving in 1993 and 2006 seeing the release of ‘Bat Out Of Hell III: The Monster Is Loose’.

Meat Loaf also landed a Grammy Award for Best Rock Performance with his 1993 hit “I’d Do Anything For Love” (But I Won’t Do That)”.

Meat Loaf was “one of the greatest voices”

Following news of his death, tributes have arrived in their droves honouring Meat Loaf.

Rocker Alice Cooper hailed Meat Loaf as “one of the greatest voices in Rock N Roll”.

He also added, “He was certainly one of my closest friends in the business,” he said.

“Meat Loaf was really so much fun, truly fun to be around. He just felt like a best friend to everyone no matter how long it had been since you last saw him. We worked together many times over the years and he was always a force.  He was a real theatrical character like I was so our shows went really well together”.

Meat Loaf was one of the greatest voices in Rock N Roll, and he was certainly one of my closest friends in the business. He was really so much fun, truly fun to be around. He just felt like a best friend to everyone no matter how long it had been since you last saw him.

Culture Club icon Boy George also added, “R.I.P Meatloaf. Love and prayers to all his family and close friends. He once turned me upside down in a Chinese Restaurant in St Johns Wood”.

Sharing a photo of the pair together, Rick Astley tweeted, “Meat Loaf. What a legend. Rest in peace – Rick x”.

Queen’s Brian May also took to Instagram to add this.

“Remembering great times. Completely gutted that Meat Loaf has left us. Always full of madness, with the innocent sense of naughtiness of a 5-year old, Meat was forever young. I called him Mr Loaf, and he called me when he wanted some wacky guitar playing. We had so much fun so many times, and, just three months younger than me, he felt like a brother. Dear Meat, the world is mourning and will miss your fine and powerful presence for a very long time. RIP. Bri”.

R.I.P Meat Loaf. Thank you for everything.

RIP Meatloaf. Thanks for being brilliant. https://t.co/TipvEXCP3j

Had So Much Fun With Meatloaf When We Did “Dead Ringer”. Am Very Sorry For His Family,Friends,& Fans. Am I imagining It, or Are Amazing Ppl In The Arts Dying every other Day⁉️
😢