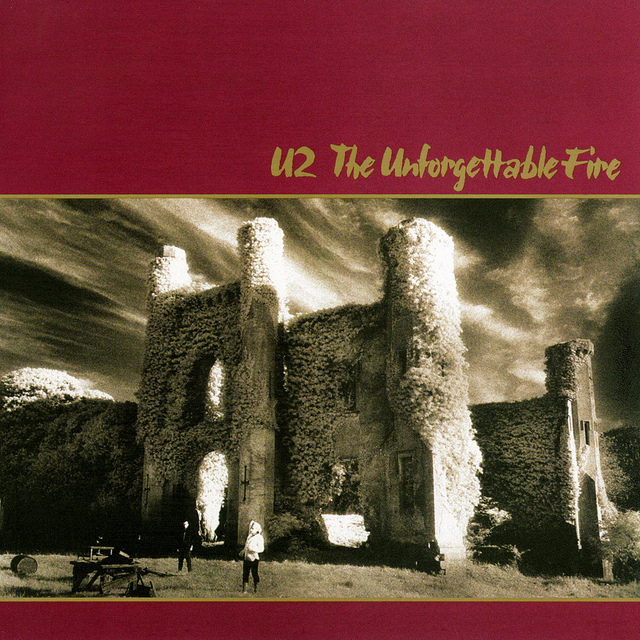 In many ways, U2 took their fondness for sonic bombast as far as it could go on War, so it isn’t a complete surprise that they chose to explore the intricacies of the Edge’s layered, effects-laden guitar on the follow-up, The Unforgettable Fire.

Working with producers Brian Eno and Daniel Lanois, U2 created a dark, near-hallucinatory series of interlocking soundscapes that are occasionally punctuated by recognizable songs and melodies.

In such a setting, the band both flourishes and flounders, creating some of their greatest music, as well as some of their worst. ‘Elvis Presley and America’ may well be Bono’s most embarrassing attempt at poetry, yet it is redeemed by the chilling and wonderful ‘Bad’, a two-chord elegy for an addict that is stunning in its control and mastery.

Similarly, the wet, shimmering textures of the title track, the charging ‘A Sort of Homecoming’, and the surging Martin Luther King, Jr. tribute ‘Pride (In the Name of Love)’ are all remarkable, ranking among U2’s very best music, making the missteps that clutter the remainder of the album somewhat forgivable.

1. A Sort of Homecoming