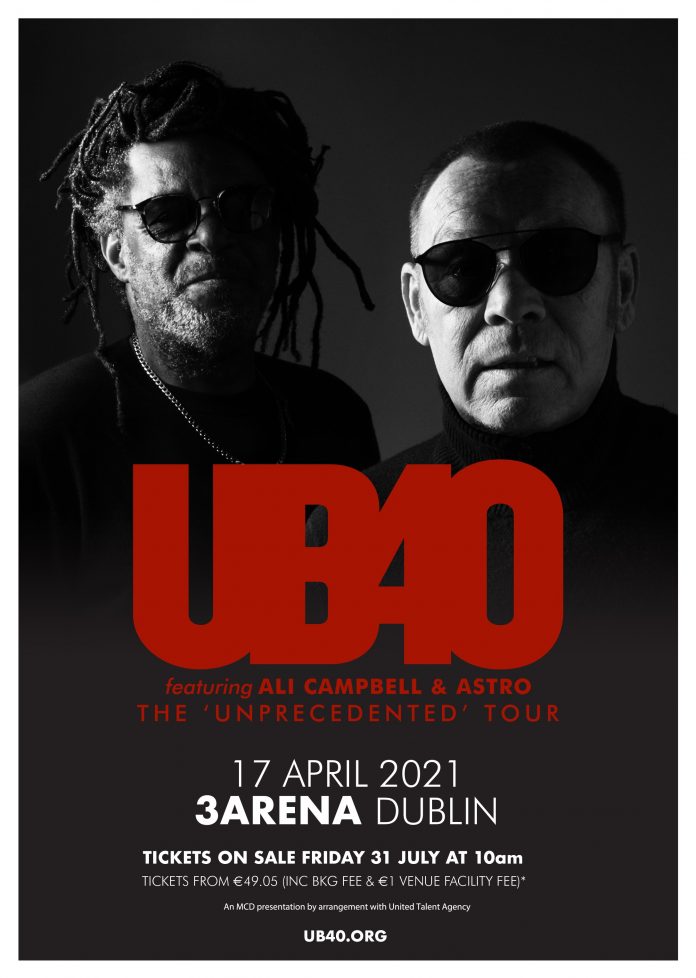 UB40 featuring Ali Campbell & Astro have just announced that they will play 3Arena Dublin on Saturday the 17th April 2021, as part of ‘The Unprecedented Tour’.

Like so many other artists whose plans for 2020 have been thwarted by the global pandemic, the band fronted by founding members Ali Campbell and Astro, and backed by their formidable 7-piece band, have taken the decision to tour in 2021 instead.

During the recent enforced hiatus, the band hit the headlines when Ali and Astro reassembled the touring band remotely to record a lockdown single – a poignant cover of the late Bill Withers’ Lean On Me, in aid of NHS Charities Together.

TICKETS FROM €49.05 ON SALE FRIDAY 31ST JULY AT 10AM FROM TICKETMASTER