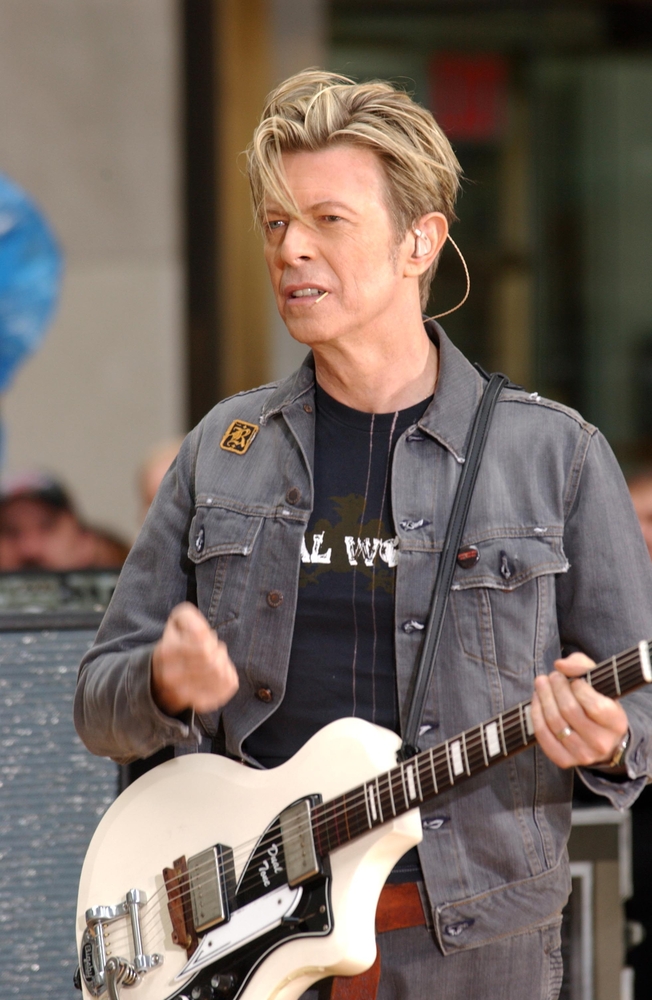 Ahead of Record store day 2018 (which takes place on April 21), three rare David Bowie records are to be released, one of them features an iconic London performance.

It will see Bowie’s ‘Welcome To The Blackout (Live London ’78)’ album be released as a 3xLP set. The album features recordings from Bowie’s ‘Isolar II’ tour performances at the now demolished Earl’s Court venue in London. The shows took place on June 30 and July 1 1978.

Die hard Bowie fans will be able to grab a 12″ single which features the first full-length of ‘Let’s Dance’, alongside a live version on the b-side.

‘Bowie Now’, which is a rare 1977 US only promotional-only LP, featuring tracks from ‘Heroes’ and ‘Low’ is set to get its first commercial release.

You can check out mock ups for the LP’s below,

Meanwhile, in other Bowie related news, ‘Aladdin Sane’ is going to get a vinyl reissue to commemorate its 45th anniversary.

According to a press release,

‘This strictly limited one run only silver vinyl edition of ALADDIN SANE will contain Ken Scott’s approved 2013 remaster and will be released on 20th April, 2018, 45 years to the day since the original release date for the album. Previously thought to have been issued on 13th April, 1973, new evidence has come to light that proves the release date was officially the 20th, but being Good Friday in the UK the album was ‘made available’ on the 19th. This will only be available to ‘bricks and mortar’ retail stores and not through on-line stores.’