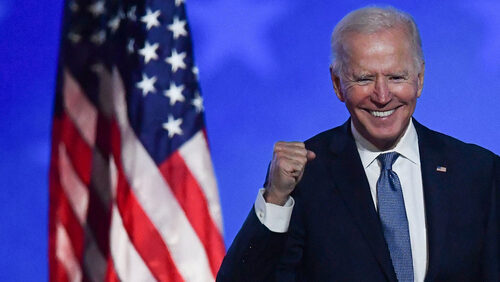 US officials have said that the recent presidential election was the “most secure in American history” despite claims of fraud made by Donald Trump and his administration.

The statement was issued by the Election Infrastructure Government Coordinating Council. The group is an umbrella group under the primary federal election security body, the cybersecurity and Infrastructure Security Agency.

Their statement also said “While we know there are many unfounded claims and opportunities for misinformation about the process of our elections, we can assure you we have the utmost confidence in the security and integrity of our elections, and you should too.”

“There is no evidence that any voting system deleted or lost votes, changed votes, or was in any way compromised”.

Trump has unleased a tirade of tweets in the last week, claiming fraud took place in many states and that he won the election, not Biden. While tweeting about the election from the White House, the president has not said anything about the worsening coronavirus situation in America. In the past week, America have broken records on case counts on numerous days and the state of Utah has no ICU beds left.

Yesterday, Radio Nova reported that Trump is “being bombarded” by deals for books and TV that could be worth a “staggering” $100 million.

While Trump continues this battle, more and more Republican members are coming out and saying that Trump needs to concede and let the transition between administrations happen peacefully. Republicans such as former presidential candidate Mitt Romney, Maine senator Susan Collins and Massachusetts Governor Charlie Baker have all broke party rank and congratulated Joe Biden and Kamala Harris.

CNN have reported that Ivanka Trump and her husband Jared Kushner are urging Trump to concede defeat while his sons Eric and Donald Jr are supporting Donald’s battle to the bitter end.

On his ‘Primetime’ show on CNN, Chris Cuomo aired a video that highlights the hypocrisy from the Republican party and its supporters in regards to the outcome of the 2016 and 2020 elections. How they reacted to their win and how they have reacted to their defeat this time is incredible to see. Check it out below.