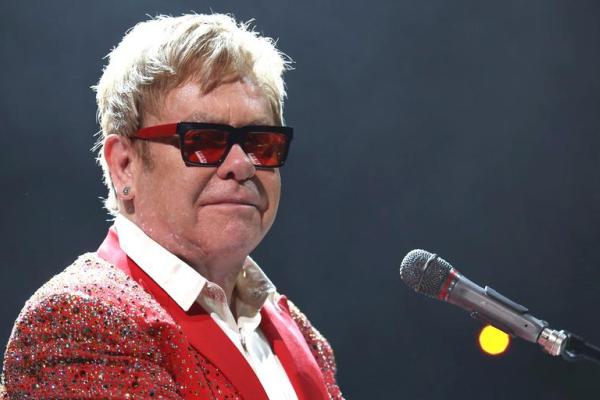 Elton John got pretty angry over an incident that took place at one of his shows in Australia.

He blasted the security team at the concert after they were alleged to have used improper force on one of the fans attending the show.

According to the NME, the legendary singer on his ‘Farewell Yellow Brick Road’ tour was in the middle of his performance at Perth’s HBF Park stadium.

That’s when he saw two of the security workers escorting one of the fans out. Elton was not impressed with what he saw and shouted over at the security.

Video footage shows Elton calling the security guards “c**ts” and telling the pair to immediately return the fan to her seat. “Hey, you two security guards with the girl, fuck off”, his response was uploaded in a video to social media by fans. “Let her get up here immediately… come on you cunts.”

He added: “Morons, both of you, morons. You don’t treat girls like that. Fucking pieces of shit you both are, leave her alone you turds!.” Channel 9 presenter Louise Momber said: “He was so angry. He said he can’t stand violence against women and had to say something.

After he sang the next song he then immediately apologised for his rant, telling the crowd that it’s something he’s really passionate about.

A similar incident happened in 2018 when Elton left the stage after objecting to a fan who constantly touched his piano when he was invited onstage.

Rod Stewart has also spoken out about having differences of opinion with Elton and revealed that he is having issues with him because he criticised the singer’s decision to head out on an extensive farewell world tour.

In Elton’s recent memoir ‘Me’ the icon speaks about his battles with drugs and alcohol. In the book, he mentions the time he hijacked a Rolling Stones show while high on cocaine, as well as the time he mistakenly took Bob Dylan for his gardener while high – describing him as “scruffy”.

The Script To Play Live At The Marquee ‘For The First...