Home Music News Video: Foo Fighters Want A Petition To Get Oasis Back Together! 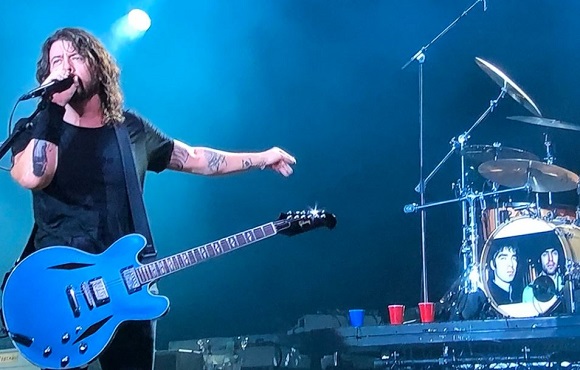 During their Reading Festival show last night, Sunday, August 25th. Foo Fighters informed an ecstatic crowd that there should be a petition to get Oasis reunited.

According to the NME, the idea was inspired by Foos drummer, Taylor Hawkins, who had stuck a photo of Liam and Noel Gallagher to his kick drum during the show.

After Dave Grohl took over on the drums for a rendition of Queen’s ‘Under Pressure’. Hawkins told the Reading crowd: “One of these days we’ll get Oasis back. One of these days,” Grohl added, “We’re trying.”

As the crowd went ballistic in their support, Hawkins concluded: “It’ll happen,” before joking that the reason it hasn’t happened yet is that the brothers Gallagher have too much moola.

The Manc band broke up back in August 2009 when Noel walked out, claiming that he couldn’t continue to work with Liam any more. Check out the video below:

So Taylor Hawkins’ kick drum for @foofighters @OfficialRandL headline show features a picture of the Gallagher brothers. What say you @liamgallagher and @NoelGallagher? pic.twitter.com/XaQ0jGy2XZ