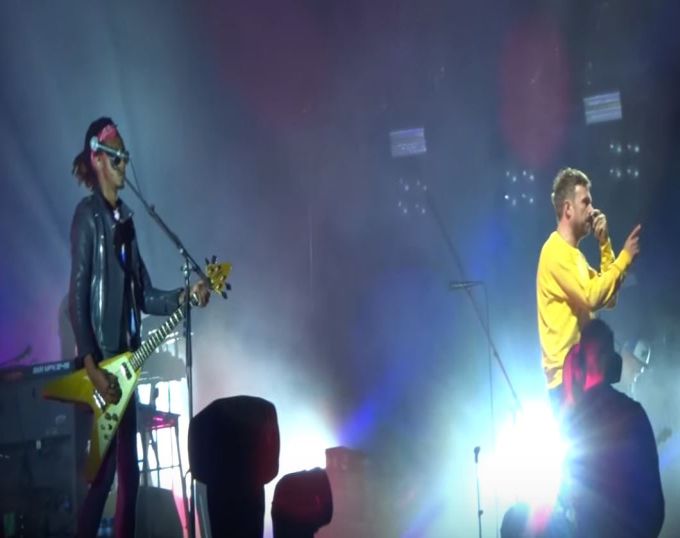 Gorillaz performed a number of new tracks during their headline set at the German festival Rock im Park last week. You can check out the fan footage of the tracks and they’ve also shared a new tune ‘Sorcererz’  which is available below.

The band are getting set to release their sixth studio album ‘The Now Now’, which was announced last week and we’re set to see that on June 29th.

Gorillaz used the festival to showcase The Now Now, including the recently released tracks ‘Humility’ and ‘Lake Zurich’. Four never heard before songs were also rolled out during the show: ‘Tranz,’ ‘Souk Eye’, ‘Magic City’, and ‘Sorcererz’.

Gorillaz will hit the road this summer with The Now Now Tour playing extensive festival dates across Europe including Dublin’s Malahide castle on June 9th.

And Gorillaz’ own acclaimed Demon Dayz Festival – the “joyful apocalypse… and carnivalesque festival of great performances” (The Guardian)” curated by Damon Albarn and Jamie Hewlett – will make its exclusive appearance for this year at the Pico Rivera Arena in Los Angeles on 20th October, with additional dates for North America also confirmed.