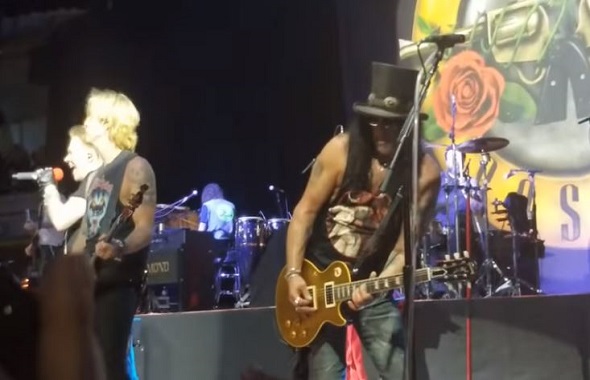 The gig was part of the Citi Sound Vault series where the band took the opportunity to launch their North American tour.

The crowd gathered at the Hollywood Palladium, which seats up to 5,000 were treated to a 24-song set that included many of their classic songs and many covers.

Those included the Misfits, Jimmy Webb and Pink Floyd. According to Antimusic, the gig was the band’s official kick start of their North American fall tour which rolls out from Wednesday (September 25th) in Charlotte, NC.

Check out some fan-filmed footage from the Palladium show below:

The setlist for the show was as follows:

Friends Co-Creator Explains Use Of Pronouns & Lack Of Diversity In...

Celebrating 40 Years of Diary of a Madman