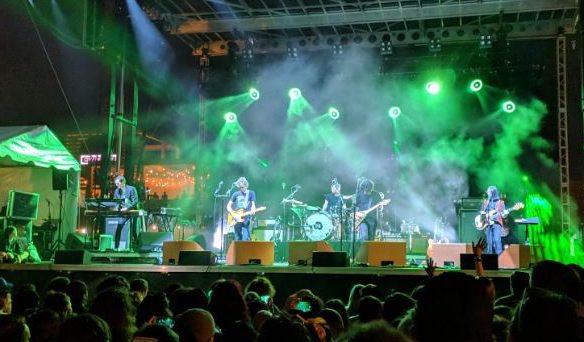 The rockers graced the stage on Saturday, April 6th for the first time in eight years, performing a lot of material from the 15-song set, the band were introduced to the stage by Jack White’s mother!

Jack White’s mother just introduced The Raconteurs THEY ARE BACK IT IS TIME pic.twitter.com/QCtikOTtP0

The band also played ‘Consoler of the Lonely’, ‘Level’, ‘Salute Your Solution’, ‘Steady As She Goes’ and ‘Caroline Drama’.

The show comes ahead of the release of the band’s third studio record, ‘Help Us Stranger’, which is set to drop on June 21st 2019. The band recently returned on the scene with two new songs, ‘Sunday Driver’ and ‘Now That You’re Gone’.

The Raconteurs are back!

The NME reports the supergroup have hailed their new record as “the rock n’ roll album you’ve been waiting for” with their first record in over ten years.

The Raconteurs, celebrating 10 years of @thirdmanrecords in Nashville. Love this town. pic.twitter.com/BepqbI56bW

Metallica to Premiere 3D Movie, ‘Through the Never,’ in IMAX.