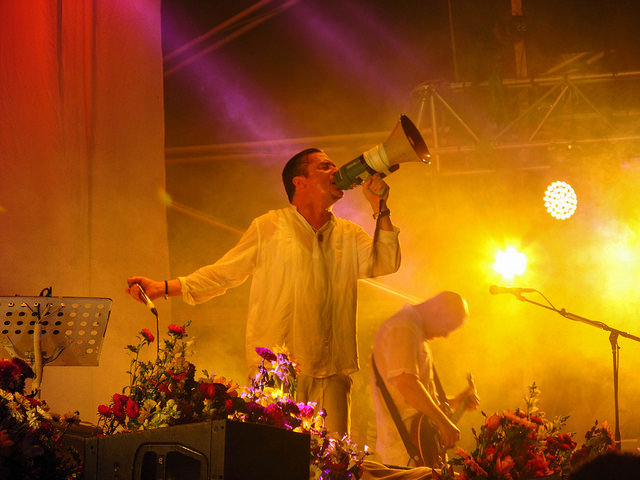 Faith No More plan to release their first album in over 18 years, the band officially revealed that they will release a new LP next year.

The American rockers are working on a new album, their first since 1997’s Album of the Year, due out in April 2015.

Having split in 1998, Faith No More reformed in 2009 and toured the world extensively.

Back in May, the group tweeted a cryptic message, teasing the possibility of a new album. This was epic news for fans of the band, who’ve waited 17 years for a new record.

Hey! Stay tuned for more Tweets from Twats!!! The reunion thing was fun, but now it’s time to get a little creative. pic.twitter.com/6RBFE7aHbd

The album’s first single, Motherf**ker, will be released on limited edition seven-inch on November 28th, only 5,000 copies are available as part of Record Store Day’s Black Friday.

The group played their new song Motherf**ker, during a show at Hyde Park in July. Watch it below.

A tour is being planned around the album’s release.