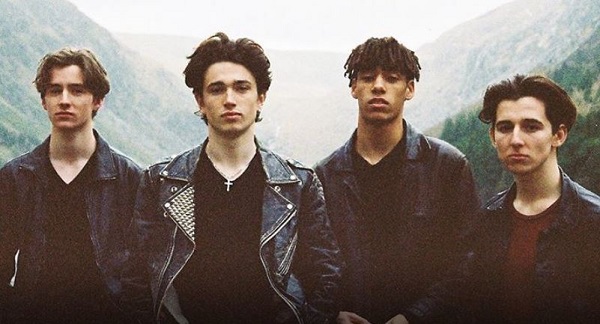 The Dublin rock band of Bono‘s son Elijah Hewson, have been around for a while now and are set to tour later this year!

Determined to make waves on their own it goes without saying that having a mega rockstar as your dad does certainly help!

U2 fans will also recognise Eli from the cover of their album, Songs of Experience. He is pictured holding hands with the Edge’s daughter Sian, something the teenager is “proud” to be a part of.

According to the NME, the clip for the group’s recent single ‘My Honest Face’ was shot by Anaïs. That was with Glenn Hanstock and Sam Hannigan, and the video was edited by Jack Ridley. Check out the video for ‘My Honest Face’ below.

The music outlet also reports that Noel will bring both Inhaler and Anaïs on tour with him this summer!

Anaïs was the centre of media attention recently when she got caught in the crossfire of a feud between her Dad and his sibling Liam Gallagher.

Last week, Noel took to Twitter after Liam reportedly threatened his wife in a message sent to Anaïs. read more about that here.