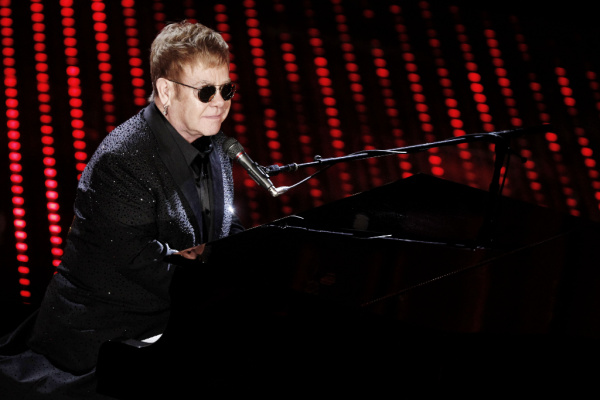 Performing at Rogers Centre in Toronto, Canada, Elton John who had already released a statement in tribute to the late monarch, paused his gig halfway through his show to once again honour Queen Elizabeth.

“Today we had the saddest news about the passing of Her Majesty Queen Elizabeth,” the Crocodile Rock singer said. “She was an inspiring presence to be around — I’ve been around her and she was fantastic. She led the country though some of our greatest and darkest moments with grace, decency and a genuine care and warmth”.

“I send my love to her family and her loved ones. She will be missed, but her spirit lives on and we celebrate her life tonight with music — OK?”.

Following this, Elton John performed the track ‘Don’t Let The Sun Go Down On Me’ on stage. More on this below.

As mentioned, Elton John like many others had previously paid tribute to Queen Elizabeth.

“Along with the rest of the nation, I am deeply saddened to hear the news of Her Majesty Queen Elizabeth’s passing. She was an inspiring presence to be around and led the country through some of our greatest and darkest moments with grace, decency and a genuine caring warmth”, the singer wrote.

“Queen Elizabeth has been a huge part of my life from childhood to this day, and I will miss her dearly”.

Other stars to pay tribute also include Ozzy Osbourne, Brian May, Diana Ross, Mick Jagger and others.

Liam Gallagher Spotted Filming On A Boat In London