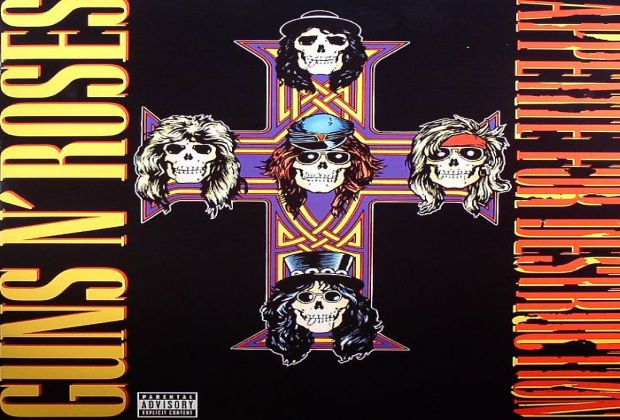 Guns N’ Roses have shared unboxing videos for their expanded reissues of their 1987 debut record, Appetite For Destruction, that’s ahead of the release, tomorrow on June 29th. You can check out the promo below…

This contains full details on both the box set and Super Deluxe editions of the project. Appetite For Destruction, remains the biggest-selling debut album of all time with more than 30 million copies sold worldwide, 30 years following its original release.

The group have been previewing the 2018 reissue with a previously-unreleased clip for ‘It’s So Easy’, a lyric video for ‘Shadow Of Your Love‘ and audio of a previously-unheard 1988 acoustic version of ‘Move To The City’ from the ‘GN’R Lies’ sessions.

‘Move to the City,’ first appeared in its original form on 1986’s Live ?!*@ Like a Suicide EP. The track is one of two outtakes from the Appetite sessions. Producer Mike Clink also appears on the upcoming reissue. You can check that out here.

‘Shadow of your Love’ put GNR back on Billboard‘s Mainstream Rock chart for the first time in roughly ten years. A few weeks ago the band released a demo of ‘Welcome to the Jungle,’ one of 25 tracks recorded at Los Angeles’ famed Sound City Studios in 1986 that are included in the forthcoming release.