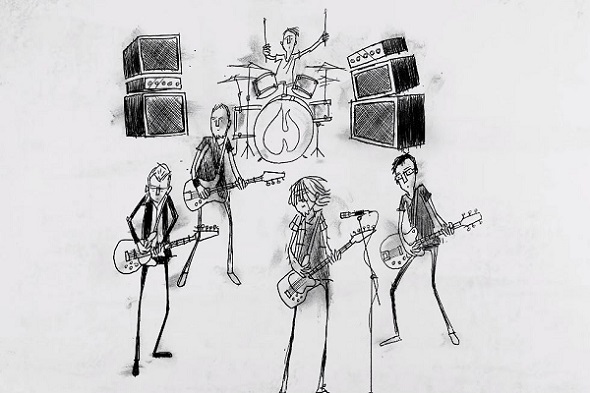 This is the second track to be released from the upcoming Gigaton. The band collaborated with animator Keith Ross to work on the video, he is known for his homegrown @TinyConcert Instagram channel.

According to Spin, the video shows an animated version of the band dashing through the song. The black-and-white visual intercuts a vision of the moon with hand-drawn clips of the band performing.

Pearl Jam have been sharing snippets of music over the last few weeks, in advance of Gigaton, including this one and a track called “River Cross.” They also released the video for “Dance of the Clairvoyants,” their first in seven years. Gigaton goes out on release on March 27 via Monkeywrench Records/Republic Records.