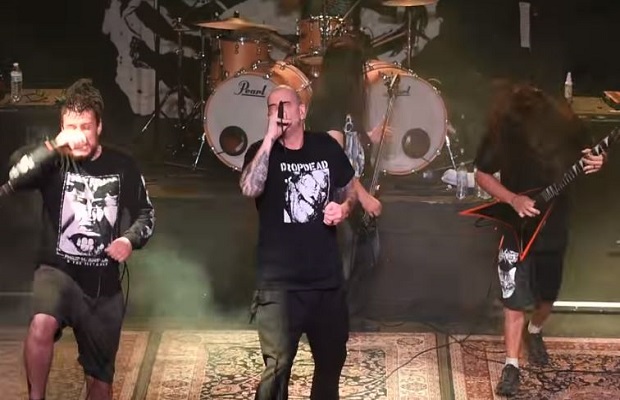 Former Pantera frontman, Philip Anselmo lashed out a classic tune from his legendary group while playing a show with his band The Illegals in Illinois last week. He teamed up with King Parrot singer Matt Young for the rendition of “I’m Broken” taken from Pantera’s 1994 album Far Beyond Driven.

This marks the first time that Philip Anselmo & The Illegals played the Pantera song in concert, and the show comes courtesy of In The Loop magazine.

Before kicking off the song, Anselmo explained that they only rehearsed it once, and warned they may “f**k this up”. Yet within the first couple of notes, the crowd went crazy.

Back in July, Anselmo honoured Pantera drummer Vinnie Paul, who had sadly passed away just a couple weeks earlier, by performing Pantera’s “Slaughtered” with another one of the singer’s bands, Scour.