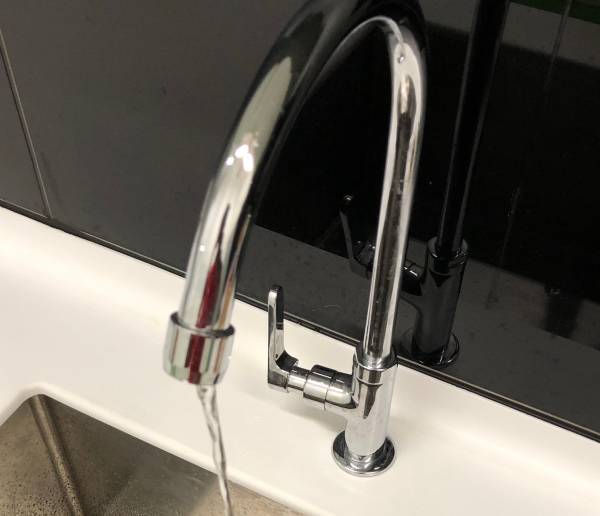 Following the unprecedented weather event of the last week, water restrictions will be in place across the country, with Dublin to have water restrictions between 7pm and 7am. Some river levels have risen by more than a metre in the past 24 hours because of snow melt, according to the Office of Public Works.

Irish Water say they’re trying to limit the amount lost by leaks, and are encouraging people to report them.

Jerry Grant from Irish Water said ”Despite the huge effort that has been made, we will have significant numbers of people with water restrictions over the coming days and probably weeks.”

Met Eireann say Wicklow saw the highest levels of snowfall over the weekend. Water supply to more than 1.2 million buildings across Dublin will be restricted overnight. Leakages caused during Storm Emma are expected to leave shortages for “a number of weeks”.

Concerns are growing in the greater Dublin area as reservoir levels are extremely low following an increase of 10% in demand from Friday to Sunday. Despite plants working at full capacity its reported that storage is significantly depleted.”

Reservoir storage in the Dublin area dropped by over 30 million litres over the weekend following a surge in demand of 60 million litres a day nationally during the cold snap with a 20% rise as the thaw took hold.

In Dublin, Carrickmines and Balbriggan are currently under significant supply pressure, and Jerry Grant said “If we don’t get this right, some areas could be subject to further restrictions, but that’s something that we’re trying to avoid.”

The depleted reservoir levels around the country are partly due to households and businesses that decided to leave taps running to prevent pipes from freezing. Irish Water is warning not to leave anything running during periods of cold weather.