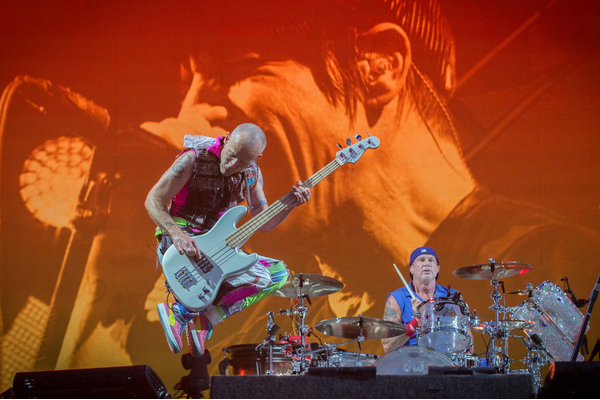 Chad Smith has promised Red Hot Chili Peppers fans that the band “have lots of new music” on the horizon. “We’re coming back and it’s going to be great”, the drummer insisted.

This would be the band’s first new material since their 2016 album The Getaway. The band’s new material should make fans “very excited” according to Smith.

Speaking in a new interview, Smith said that the return of guitarist John Frusiciante to the band has been “really exciting and fun”.

This material is also set to be the first that they have put together since Josh Kilinghoffer departed in 2019.

“Kind of picked up where we left off”

Regarding Frusciante’s return, Smith said this “We just kind of picked up where we left off”.

“We’ve known each other for so long — obviously, 30-plus years — so it’s like putting on a nicely well-worn pair of shoes that feel really good, and you get back in there and it’s comfortable and a little bit different, but still we’re doing our thing”, he added. “So it’s been really fun”.

On the potential arrival of a new album, Smith said, “We’ve been kind of taking our time, and we have lots of new music, and we’re very excited about it”.

“We’re all just as comfortable with each other as we ever were, and it just felt like that right off the bat”, he added.

“We look forward to being in front of people again, like everybody wants to be so badly, us included”, Chad Smith also added. “Not only having new music to play, but also we just wanna play live. And that’s such an important part of life’s experiences and certainly of being a band. It’s really important to us”.

“We were gonna play last summer. But we want it to be safe for everyone and a really good experience for everyone, so we pushed everything off, but we’re coming back, and it’s gonna be great”.

Nothing has been officially announced regarding new tour dates or when the release date of that studio album might be. But watch this space!!