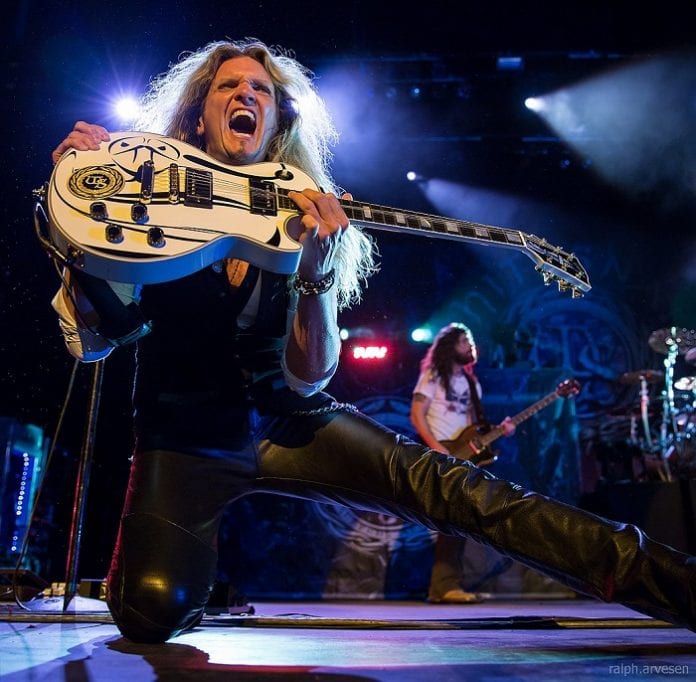 It’s been rumoured for some time but David Coverdale has finally admitted Whitesnake wrote ‘Fool For Your Loving’ for blues legend B.B King.

In a video post from Whitesnake, Coverdale talks about the song’s creation and describes how he and guitarist Mick Moody worked on the song originally.

They wrote the pre-chorus and chorus but weren’t happy at all with the verse. Then, Whitesnake’s other guitarist Bernie Marsden took the reigns and came up with a new verse.

Before that Marsden had interviewed B.B. King for a British music magazine and King suggested that the band write a song for him. The band then recorded a demo of the 80’s hit but liked it so much they decided to add their own rock flavour to it and keep it for themselves!

According to Coverdale: “One of the ideas was – I think B.B. at the time was working with The Crusaders, so there was this really kind of funky jazz groove underneath, and that’s how I was hearing ‘Fool for Your Loving‘ for him… but when we did the (sings main riff) – I went, ‘Oh, geez, ‘cmon!’ So Birch and I looked at each other and said, ‘I think we should hang on to this.’ Sorry B.B. And that was our first significant hit around the world.”

Whitesnake will hit the road Stateside for a tour through June and July 2018.