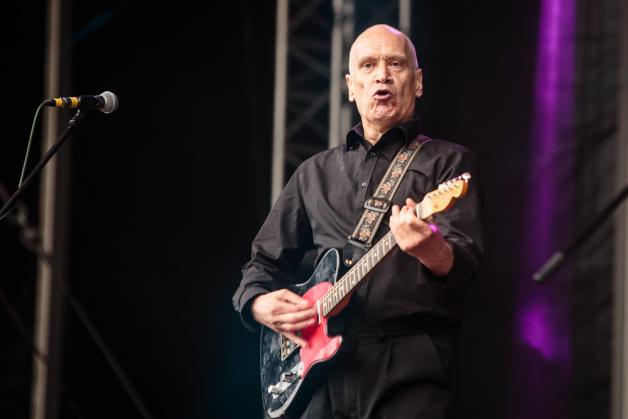 Guitarist Wilko Johnson reveals he has been cured of pancreatic cancer, after he was diagnosed with the disease two years ago.

In April, he had an operation to remove a tumour from his pancreas, spleen and part of his stomach.

Johnson was the former guitarist for the rhythm and blues band Dr. Feelgood in the 1970s. The band are credited as one of the founding influences of the English punk movement.

Wilko told the BBC that he is making “excellent progress,” after doctors initially only gave him 10 months to live in 2012.

Talking about how he felt after his initial diagnosis, Johnson described how he felt “alive” and how he remained completely placid when he was given the ominous diagnosis.

He told GQ, “I’m going to have to readjust my mind as well as my body. My reaction to the diagnosis of terminal cancer was euphoria. The doctor was sitting there drawing on his diagram – yes, you have this mass and unfortunately we can’t operate on it. You’ve got cancer. You’re going to die. I was absolutely calm. Not a flutter. And he gave me a few more details and I sat there nodding. And when I walked home – it was January, a beautiful winter’s day – I remember looking up at the trees against the sky and feeling this rush – I’m alive. It was so intense!”

Speaking at the Q Awards yesterday, Johnson said, “It was an 11-hour operation. This tumour weighed 3kg – that’s the size of a baby. Anyway, they got it all. They cured me.”

“It’s so weird and so strange that it’s kind of hard to come to terms with it in my mind. Now, I’m spending my time gradually coming to terms with the idea that my death is not imminent, that I am going to live on.”

Wilco was also full of praise for the doctors that operated on him, “He runs all the tests again and he says they think that they can do it and they did it, man… they took this tumour out of me.”

Johnson won the Icon Award at yesterday’s Q Awards, he is also working on a album titled Going Back Home with The Who’s Roger Daltrey. The record will be released in November, Johnson told the crowd at the Q Awards “I was due to die in October. It was November when we did it”. Johnson revealed the record is “very strange” but “so much fun”.

The Tom Robinson Band To Tour The UK And Ireland