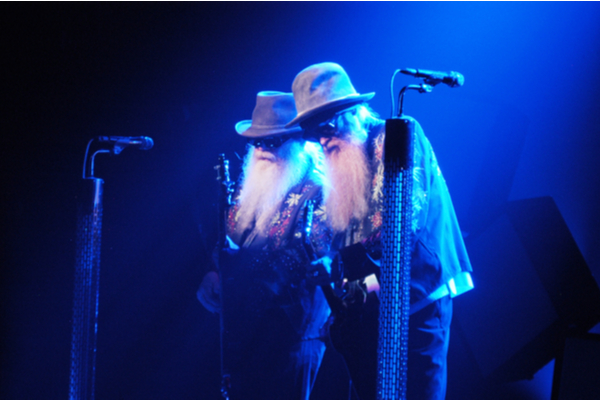 ZZ Top have released a new version of their 1973 hit ‘La Grange’.

La Grange had been originally released as part of their breakthrough album Tres Hombres. It became the band’s signature hit, following its initial succes from its release in 1973.

The single itself pays tribute to a real-life brothel called The Chicken Ranch. This brothel was located in La Grange, which is just 88 miles from New Braunfels, Texas. ZZ Top also recorded their Raw album there.

The band had announced the upcoming release of this live album back in March.

Check out the band’s latest version of La Grange below.

“a real way to return to our roots”

The latest version of this track emanates from their ‘live’ album Raw, which will be released via Shelter Records/BMG on July 22.

Raw was also the soundtrack behind ZZ Top’s documentary ‘That Little Ol Band From Texas’.

It is also one of the band’s last recordings which featured bassist Dusty Hill. Hill passed away last year aged 72. They also said that the album was “in righteous memory of Dusty Hill”.

“La Grange”, the latest single from ZZ Top’s upcoming album “RAW” is out today! Head to https://t.co/S2JTfUa0Qk to stream/download and don’t forget to pre-order your copy of “RAW” via the official ZZ Top store now pic.twitter.com/QnGVsz0PJR

On recording this album, band members Billy Gibbons and Frank Beard had this to say.

“Just us and the music, no audience of thousands, no concession stands, no parking lot social hour, no phalanx of tour busses. Just us and the music. We knew right then it was a very special circumstance, all of us in the same place at the same time and what a time it most certainly was!”.

They also added, “It was as bare bones as when we first started touring in a behemoth Chrysler station wagon, driving vast stretches between those early far-flung shows under blackened Texas skies and first hearing our records on the radio”.

Raw will be available in 180 gram vinyl, digital platforms, as well as a CD. You can pre order the live record here.

The all new RAW merch collection is now live on the official ZZ Top store! Head to https://t.co/cXeqaSKUpo to get these items and more, plus don’t forget to pre-order your copy of RAW (out July 22nd) pic.twitter.com/IghoTt0aHo

The band are currently on their Raw Whiskey Tour. See Tour dates below.

New dates for the Raw Whisky Tour! Tickets go on sale Friday, April 22 at 10am ET on https://t.co/M3vEp3g9a0 pic.twitter.com/88UPKvrlrX

A 7-Year-Old Drummer Played a Slipknot Tune on Ellen