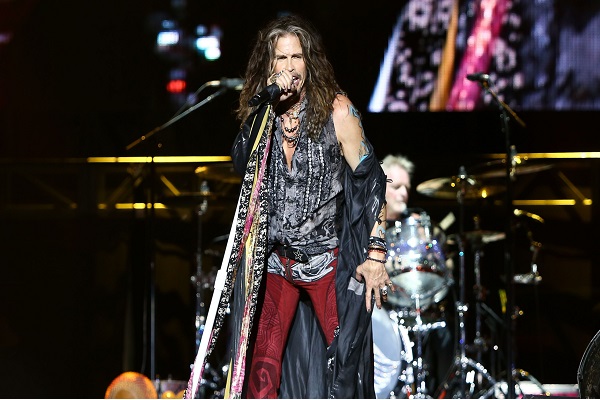 Aerosmith have cancelled their Summer residency at Las Vegas, after Steven Tyler checked himself into a drug rehab facility.

Aerosmith were scheduled to kick off their residency on June 17, which would run until December 11.

The band’s ‘Deuces Are Wild’ tour was due to take place at Park MGM’s Dolby Live.

Despite cancelling the shows, all tickets purchased will be refunded.

Aerosmith have released a statement via Instagram. They confirm that their frontman Steven Tyler has checked into a rehabilitation facility, having suffered a recent relapse, following foot surgery.

“As many of you know, our beloved brother Steven has worked on his sobriety for many years”, they wrote.

“After foot surgery to prepare for the stage and the necessity of pain management during the process, he has recently relapsed and voluntarily entered a treatment program to concentrate on his health and recovery”.

They also added, “We are truly sorry to inform our fans and friends that we must cancel our first set of Las Vegas Residency dates this June and July while he focuses on his well-being”.

Aerosmtih also revealed that they will now begin the residency in September. They will update fans “as soon as we can”.

“We are devastated that we have inconvenienced so many of you, especially our most loyal fans who often travel great distances to experience our shows”, the band added.

“Thank you for your understanding and for your support for Steven during this time”.

Back in March, Aerosmith also confirmed that their drummer Joey Kramer had taken a “temporary leave of absence” from the band.

He said that he wanted to “focus his full attention on his family during these uncertain times”.

The band said this in a statement.

“[Kramer] regrettably made the decision to sit out the band’s concerts in 2022 so he can focus his full attention on his family during these uncertain times”, they stated.

“He and the band look forward to his future performances with Aerosmith”.