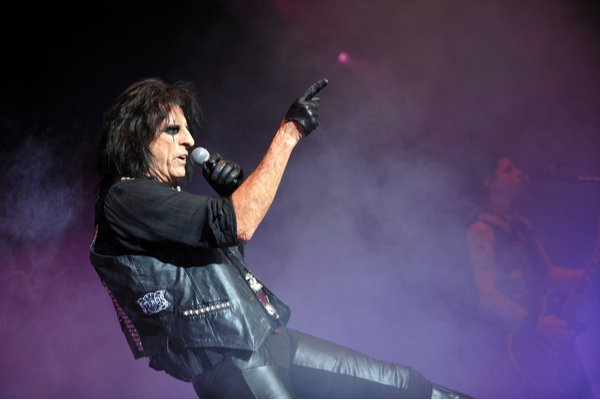 A street in Michigan, US is set to be renamed today to commemorate Motor City icon, Alice Cooper. According to Beasley Media Group, Cooper (touring this year with The Cult) will join WCSX-FM morning personality, Big Jim O’Brien, to unveil Alice Cooper Court at Eloise Asylum.

This will be the third street name created by WCSX to honour Motor City rock icons, with others including Bob Seger Boulevard, and Glenn Frey Drive. Hosted by Jim, the official unveiling ceremony is taking place this afternoon, and includes an appearance from Alice Cooper, who will attend prior to his concert performance at the DTE Energy Centre on September 25th. The entertainment will be provided by Alice Cooper cover band, The Nightmare, who will give a live performance.

Scott Jameson, Beasley Media Group vice president and director of Detroit programming, said “Alice Cooper’s stage show features guillotines, live snakes, and a strait jacket. So, it’s only fitting we honour him with a landmark on the grounds of a century-old Detroit area sanatorium. Some things just write themselves.”

To commemorate the dedication, the Rock And Roll Hall Of Fame in Cleveland is adding an official Alice Cooper Court street sign to its Legends Of Rock exhibit, which features a new Alice Cooper display opening September 23rd. In addition to the street sign, fans can check out the rocker’s original electric chair prop and costumes worn from his iconic tours.

RARHOF chief curator, and vice president of curatorial affairs, Nwaka Onwusa, said, “Rock and roll is as much about the spectacle and visual as it is the sonic. Inductee Alice Cooper spawned a new generation of rock and roll with both. We are thrilled to add the official street sign to our exhibit as we celebrate Alice Cooper’s legacy with fans and share stories behind the music he created.”

Faith No More Are Releasing Their First Album In 18 Years