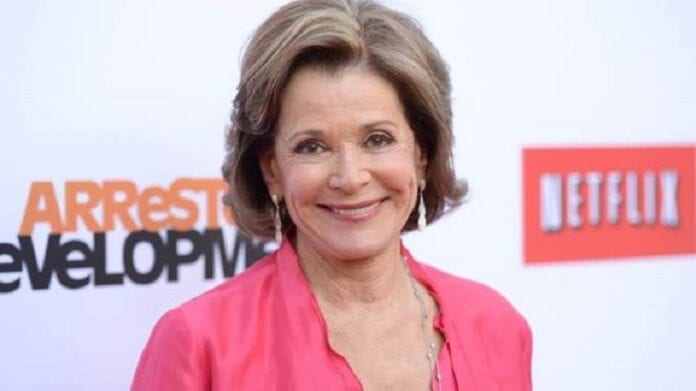 Many tributes have been paid to Jessica Walter after she died in her sleep at her home in New York City.

The 80-year-old starred in series such as Arrested Development and Archer as her career spanned six decades.

Her other standout roles include playing Evelyn Draper in Clint Eastwood’s directorial debut, ‘Play Misty For Me’, the 1984 movie ‘The Flamingo Kid’ and she earned an Emmy for her performance in the Ironside spin-off, ‘Amy Prentiss’.

The actress also served as National Vice President of the Screen Actors Guild and was an elected member of the SAG Board of Directors for over a decade.

R. I. P. Jessica Walter. What an incredible career, filled with amazing performances. I will forever remember my time with her, watching her bring Lucille Bluth to life. She was one of a kind. All my love and thoughts to her family.

I just heard the shitty news about Jessica Walter an absolutely brilliant actress and amazing talent. I consider myself privileged and very lucky to have been able to work with her. Lucille Bluth is one of TV's greatest characters

Archer creator, Adam Reed also shared a tribute and noted that Walter was the exact opposite of her character, Mallory Archer.

She will be greatly missed, but never forgotten. pic.twitter.com/FRqb964ZOX

Her husband, Ron Leibman also voiced Mallory’s husband on Archer. The pair were married from 1983 until his death in 2019.

Jessica Walter is survived by her daughter, Brooke Browman, and grandson, Micah Heymann.

Browman said in a statement via Deadline:

“It is with a heavy heart that I confirm the passing of my beloved mom Jessica. A working actor for over six decades, her greatest pleasure was bringing joy to others through her storytelling both on screen and off. While her legacy will live on through her body of work, she will also be remembered by many for her wit, class and overall joie de vivre.”

According to Deadline, the family is asking people to make donations to the Guiding Eyes For The Blind foundation, in lieu of flowers.

Will Arnett wrote on Twitter: “Jessica Walter was a deeply talented person We first met on a pilot in ‘96 and I was instantly blown away I’m fortunate to have had a front row seat to her brilliance for 25 years My thoughts are with her daughter Brooke and grandson Micah today Farewell Jessica, you’ll be missed.”

Jessica Walter was a deeply talented person
We first met on a pilot in ‘96 and I was instantly blown away
I’m fortunate to have had a front row seat to her brilliance for 25 years
My thoughts are with her daughter Brooke and grandson Micah today
Farewell Jessica, you’ll be missed

Many of her shows are on Netflix and the streaming giant also paid their respects on Twitter.

Her voice was unmistakable. Her talent was undeniable.

Thank you for sharing your gifts with us Jessica Walter. Rest in peace, legend. pic.twitter.com/cleCoiXCCL