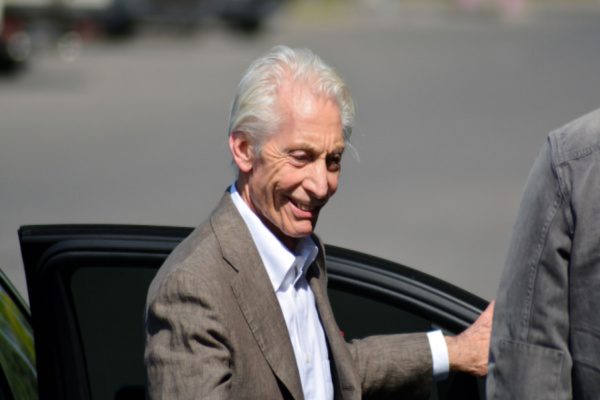 A biography on the late Rolling Stones drummer Charlie Watts will be released in September. Watts passed away last August aged 80.

The book which is titled Charlie’s Good Thought: The Authorized Biography Of Charlie Watts, will arrive on September 15 in the UK and October 11 in the US.

You can pre order the book via the HarperCollins Publisher’s website here.

This upcoming Watts biography will include a forward by Stones bandmates Mick Jagger and Keith Richards, along with a prelude from original band manager and producer Andrew Loog Oldham.

Last year, Mick Jagger had spoken about touring without Watts. He also referred to him as the “heartbeat”.

Along with previously unseen photos of Watts, the book will feature interviews from Jagger, Richards and Ronnie Wood. Family members, friends and collaborators will also be interviewed.

This biography explores Charlie Watts’ six decades with the Rolling Stones, ranging from their early days in London R&B clubs, to achieving status as rock icons.

“Our dear friend Charlie Watts was not just a fantastic drummer but a wonderful person”, the band said in a statement.

“He was funny and generous and a man of great taste and we miss him terribly. It’s great that his family have authorized this official biography by Paul Sexton, who’s been writing and broadcasting about Charlie and the band for many years”.

Watts Was “a very easy man to love”

The book was also written by broadcaster, author and journalist Paul Sexton, who has covered the band for more than three decades.

“One of Charlie’s good friends said to me that he was a very easy man to love. Having had the pleasure of his company on so many occasions over the course of more than a quarter of a century, that’s a sentiment I echo wholeheartedly”, Sexton said in a statement.

“To be able, with the help and encouragement of those who knew him best, to draw on my time with this unique man and his fellow Rolling Stones to write his authorized biography, is a thrill and an honor”.

This surrounding Charlie Watts’ upcoming biography comes just days after it was announced that the Rolling Stones were to celebrate the great man in a documentary, with the four part series airing across July. More on this here.

Slash Says Guns N’Roses Have Some “Epic” Songs To Release